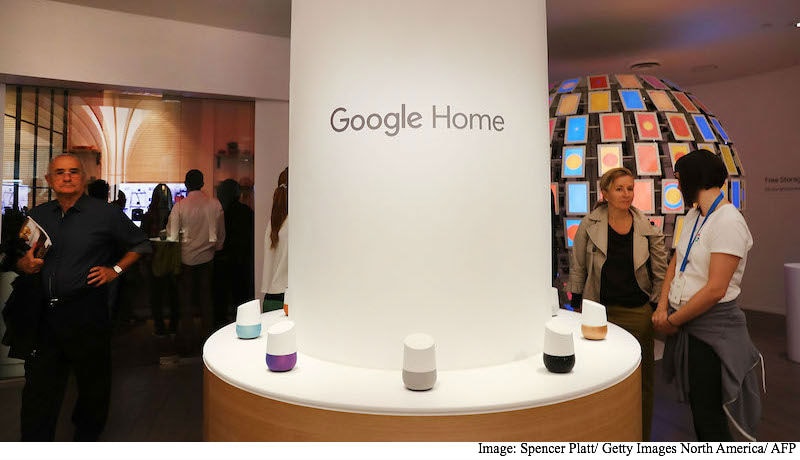 It's not exactly a store, but the Google "showroom" that opened Thursday in New York is the internet giant's first real-world shop and a step onto terrain where rival Apple has excelled.

The success of the temporary storefront Google opened in the trendy Soho neighborhood could help the California-based company decide whether to follow Apple's lead and operate its own brick-and-mortar retail operation.

The New York pop-up shop will be open through the end of this year, and let people get their hands on new Google devices such as Pixel smartphones which began shipping Thursday in a direct challenge to Apple's latest iPhones.

"This is not even a testing ground, just an extension of the launch," Google spokeswoman Chrissy Persico said at the showroom opening event.

"We want people to come in and experience the products."

Google early this month took on rivals Apple, Samsung and Amazon in a new push into hardware, launching the in-house designed Pixel smartphone and a slew of other devices showcasing artificial intelligence prowess.

By producing both the phone hardware and its Android software, Google is making a more direct assault on Apple and its tightly controlled ecosystem.

Nothing is sold at the Google shop, but the staff directs potential customers to the company's online store or telephone operators who can take orders for products.

'Big battle'
A wall in the shop is decorated with an artful arrangement of blue, red, yellow and green blocks, arranged to display the internet company's trademark colors.

Only 30 or so visitors ventured into the pop-up store for its opening morning, a lean showing in comparison to mobs typically drawn to new Apple stores.

Apple has a shop in Soho, too, and many more across the country and around the world.

As differences on the hardware side of premium smartphones have faded, competitors have increasingly stressed "experiences" such as smoothly accessing content or services.

"I am interested in technology, so I just hang out in stores," Columbia University student Ravi Lakshmanan told AFP in the Google shop. "There is going to be a big battle of platforms and it's going to be interesting to watch."

Another visitor, Ike McLaughlin, said he has flip-flopped between the rivals but is on Google's side for now because he felt Apple was "playing it safe, when Google is taking risks and making a push in artificial intelligence."

McLaughlin's verdict echoes the concerns of analysts that Apple has not delivered a market-shaking new product since the death of visionary co-founder Steve Jobs in 2011.

But even if its market capitalization has fallen below peaks hit in 2015, Apple remains the world's most valuable company based on its share price.

For the financial year ending September 2015, Apple posted a net profit of $53 billion (roughly Rs. 3,54,455 crores), double the figure posted in the last year of the reign of Steve Jobs.

Reliance Jio Wins a Big Round, Offer of Free Voice Calls for Life Is Cleared