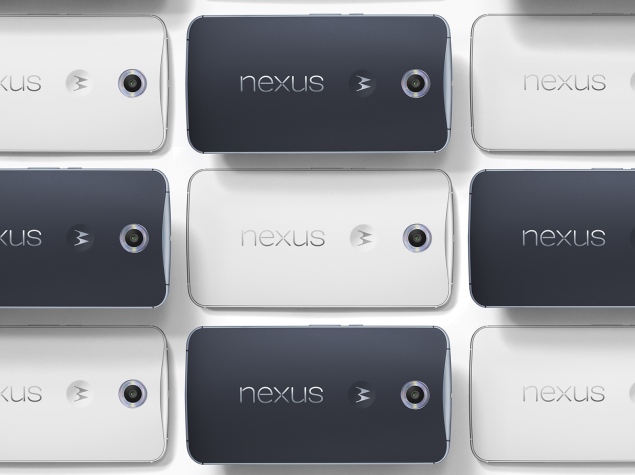 Google's flagship Nexus 6 is all set to go up for pre-orders in India on Tuesday.

Notably, Flipkart's pricing for the 32GB and 64GB variants are the same as the official Google Play listing of the Nexus 6, at Rs. 44,000 and Rs. 49,000 respectively. The website had listed the 32GB variant earlier this month without any pricing and has been teasing it since last week.

The Google Nexus 6, which is being manufactured by Motorola, comes with a 5.96-inch QHD (1440x2560 pixels) display at 493ppi. The smartphone is powered by a 2.7GHz quad-core Qualcomm Snapdragon 805 processor alongside 3GB of RAM. The smartphone comes with 13-megapixel and 2-megapixel rear and front cameras respectively.

The Nexus 6 runs the most recent version of Android i.e. Android 5.0 Lollipop, which comes with a fresh look thanks to Material Design and a host of new features. The Nexus 6 sports a massive 3220mAh battery, which adds to its bulk, since the smartphone weighs 184 grams and measures 82.98 x 159.26 x 10.06mm.

The Google Nexus 6 was unveiled last month, with Motorola saying in a statement at the time that "Nexus 6 will come to 28 countries (including India) across Europe, Asia-Pacific and North America starting later this year and as we head into Q1."
Affiliate links may be automatically generated - see our ethics statement for details.