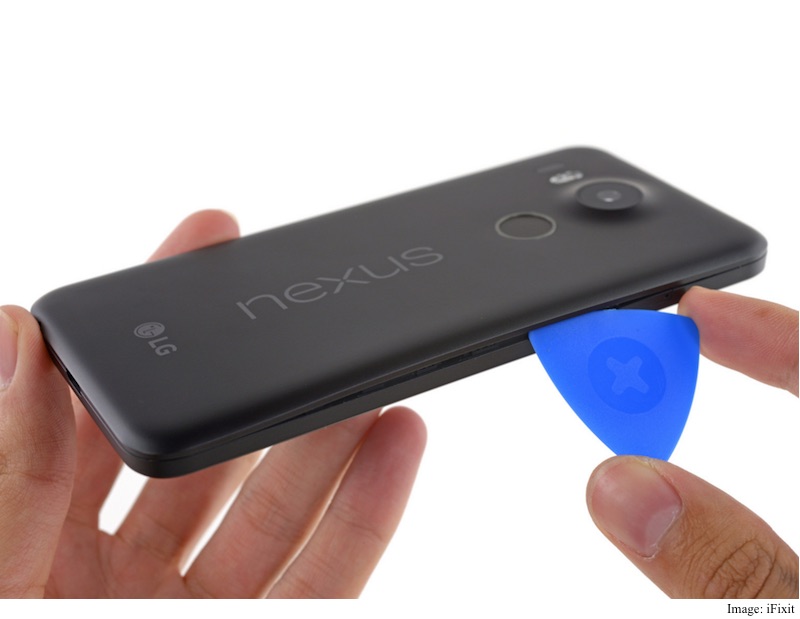 The LG-made Nexus 5X, successor to 2013's sleeper hit the Nexus 5, has gone under the much-anticipated teardown treatment to reveal what's inside it, and how repairable those things are.

DIY repair site iFixit has cracked open the Nexus 5X, one of the two platform lead devices for Android 6.0 Marshmallow that were unveiled by Google in late September. The teardown, which aims to find out how well-made the devices are from the inside, and how much would it cost you to swap its components, reveals that the backplate of the handset is very easy to remove.

Also, it is not very difficult to dismantle the mid-frame of the handset. iFixit noted that only a handful of screws are needed to be removed, and voila, you have access to the gut of the device.

The team noted that almost all components inside the device can be independently taken out and replaced with their counterpart should a user need to get a component fixed. That's always a good thing. Even the battery of the handset -- which is non-removable - can be accessed and taken out without a lot of effort.

The display and the glass protecting it, however, are fused together. Which means that an issue with either will need both the components to be replaced. It is the only aspect of the handset that irked iFixit.

As for the specifications, the teardown noted that the company is using Sony's IMX377 sensor for its rear-camera. The RAM has been developed by Samsung, and the internal storage is Toshiba-made. The team, happy with the handset and how it has been put together, gave the Nexus 5X a repairability score of 7 out of 10.