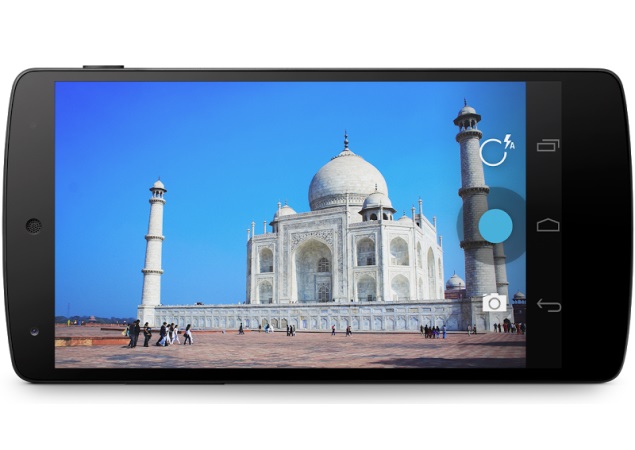 Google has finally launched the Nexus 5 in India and is now taking orders for the smartphone through the Play Store. The Nexus 5 is available in two variants - the 16GB model at Rs. 28,999, and the 32GB variant at Rs. 32,999. Google globally announced the Nexus 5 on November 1, after months of speculation and anticipation.

Google Nexus 5 is the platform lead device for Android 4.4, which notably brings a new dialler that automatically suggests people the most likely call while Caller ID by Google matches an incoming phone number to a business even if that number isn't stored in the contact list. Users can send and receive all text messages directly via the unified Hangouts app, and Hangouts for Android now supports location sharing. 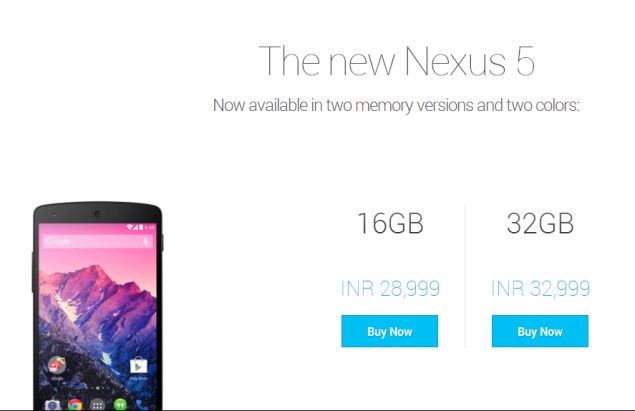 It comes with a 4.95-inch full-HD IPS display with a resolution of 1080x1920 pixels and boasts a pixel density of 445ppi. The Nexus 5 also sports Corning Gorilla Glass 3. The Nexus 5 is powered by a 2.26GHz quad-core Qualcomm Snapdragon 800 processor alongside 2GB of RAM. It sports an 8.0-megapixel rear camera with Optical Image Stabilization (OIS) and a 1.3-megapixel front camera. It comes in 16GB and 32GB storage options, with Black and White colours to choose from. Unfortunately, much like Nexus 4, the Nexus 5 does not support expandable storage. Connectivity options include Wi-Fi, Bluetooth, NFC and 3G. The Nexus 5 also support wireless charging and comes with dual microphones.