Google Nexus 5 said to be based on LG G2, powered by Snapdragon 800 processor: Report 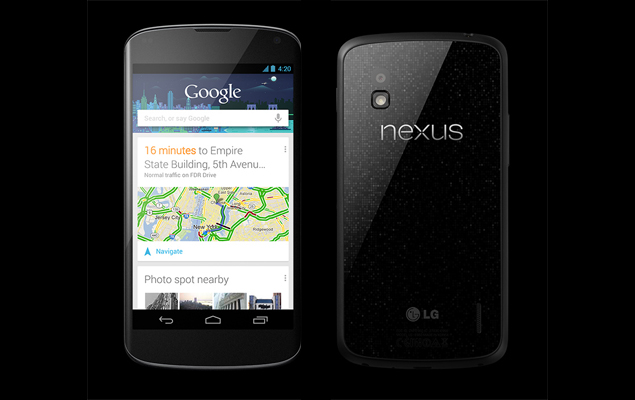 Although Google-owned Motorola may seem a logical OEM for manufacturing the next Nexus smartphone, a new report claims that LG will be the official manufacturer for a second year in a row.

Vietnamese site, Tinhte.vn has claimed that the next Nexus smartphone - called Nexus 5 - will be based on the recently launched flagship smartphone, the LG G2, though it obviously won't be an exact copy.

The report also suggests that the next Nexus smartphone will have a glass back, much like the Nexus 4 and will omit the rear buttons that are found in the LG G2. According to the report, the device will be powered by Qualcomm Snapdragon 800 processor and not Nvidia Tegra 4 processor that recent rumours had indicated.

The Nexus 5 is now said to pack a 5.2-inch display just like the LG G2, and also keep the same Qualcomm Snapdragon 800 processor. However, the similarities may stop there, as the Nexus 5 is said to be very different when it comes to overall design. However, there is no word about the possible pricing of the alleged Nexus 4 successor.

For many Android fans, Google's Nexus series of devices represent the purest form of the OS, with no manufacturer skins and automatic updates straight from Google without any delays or intermediaries. Thus, there's plenty of interest in the device already.

Previously, a technology journalist claimed that Motorola is working on Nexus 4 successor and that it will be launched in Q4. The post did not include any other details about the upcoming Nexus smartphone but it was enough to excite the technology community.

Rumoured specifications of the next Nexus smartphone include a 5.2-inch full-HD display, Snapdragon 800 processor clocked at 2.3GHz paired with 3GB of LPDDR3 RAM. Much like the LG G2, the device can be expected to sport a 13-megapixel rear camera and would be backed by a 3300mAh battery and the latest Android OS, which might be the Android 5.0 Key Lime Pie, by the time the phone is launched.

Micromax A240 and Canvas Doodle 2 reportedly in the works
To tour Kerala on Internet, use gestures