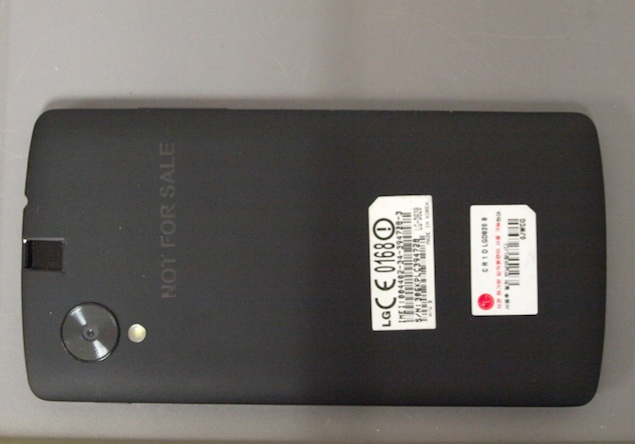 Following the appearance of information related to the LG D821, which is rumoured to be Google's next Nexus smartphone, from the FCC, a new filing on the certification agency's website offers a full view of the mysterious Nexus smartphone that was spotted in the Android KitKat statue video released by Google.

Spotted first by Phone Scoop, the FCC listing that was submitted by LG as a "class 2 permissive change" for a variant of LG G2's Verizon version featured photos of a different device.

The photos offer a full glimpse of the externals and internal components of the same phone that was spotted in the Android KitKat statue unveiling video in the hands of a Google employee. While the phone in the pictures doesn't sport the Nexus branding unlike the previously spotted phone, it has the same large camera lens and LED flash. The back of the phone appears to sport a rubberised matte finish. 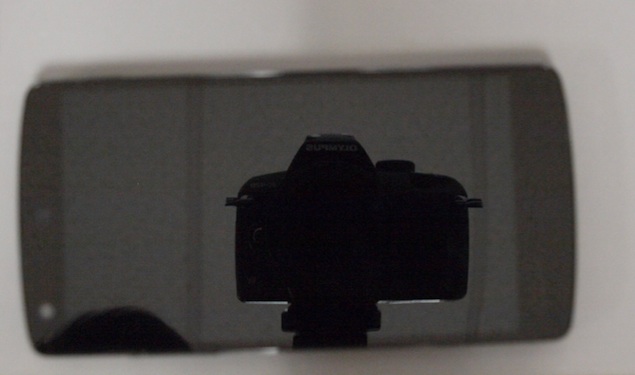 The phone looks thin and features an extremely narrow bezel on the front with a big display.
The right hand side of the phone appears to sport a Power key, while the volume rocker sits at the left hand side.

Earlier, an alleged LG branded device with model number D820 popped up at the FCC website and appeared to have the same dimensions as the mysterious Nexus smartphone that was spotted in the Android KitKat video released by Google.

Following that, another LG branded device popped up on a listing on the Bluetooth SIG website. The listing revealed a device with model number LG-D821 and the device was LTE enabled. The SIG listing unfortunately did not offer anything else.

The notorious @evleaks suggested that the rumoured LG D820 was just a CDMA variant of the flagship, but later backtracked saying that he was wrong.

Previously, a Vietnamese site, Tinhte.vn claimed that the next Nexus smartphone - called Nexus 5 - will be based on the LG G2, though it obviously would not be an exact copy.

Rumoured specifications of the next Nexus smartphone include a 5.2-inch full-HD display, Snapdragon 800 processor clocked at 2.3GHz and 3GB of LPDDR3 RAM. The alleged Nexus 4 successor is expected to run the latest Android OS, the KitKat (Android 4.4) which could be released along with the device.
Comments