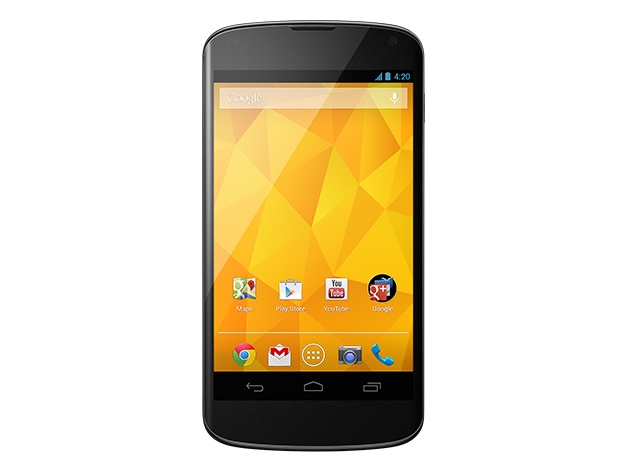 Google's 2012 Nexus 4 smartphone was one of the devices which was overlooked when the company was releasing developer preview build of the Android L operating system. In fact, the Android L Preview SDK for developers were only rolled out for Nexus 5 and Nexus 7 (2013) devices.

However, bringing some good news for Nexus 4 owners, a few Google employees have been spotted running a build of the Android L on their Nexus 4. Android Police reports citing some Google+ users who spotted some employees of the company posting on the Chromium forum (which is an open-source web browser project from which Google Chrome draws its source code) of the code.google.com.

One of the users clearly reveals running the LRW52G build of Android on one of the threads titled "Change over scroll glow to Material style on L". Notably, the Nexus 5's Android L build is LRW66E.

Another entry in the Chromium section said, "With my N4 [Nexus 4] on Android L, I could open these images in the native Android Apps (Gallery/Google+ Photos), that employs the native WebP support in Android. The Android native is build with GCC ver 4.6."

This might not be a confirmation that the Nexus 4 smartphone will be receiving the final Android L build, but this surely tips that the device can run the OS, and should receive the update.

While Googleis preparing to introduce its much-awaited Android L OS version by the end of this year, the company has still not disclosed what the 'L' stands for. However, an earlier report hinted the Android L would be called Android 5.0 'Lemon Meringue Pie' or LMP.

Google announced the next major build of Android for smartphones and tablets, currently codenamed Android L, at the I/O event. Google also detailed some of the features and confirmed that Android L will be released later this year without revealing an exact time frame.

With Android L, Google has refreshed the interface design of the entire operating system, which the company identifies as the new "Material Design." The default Chrome browser has been also upgraded on Android L. For the new OS, Google also ditched the Dalvik runtime and introduced ART for 64-bit, which allows apps to run faster, and now the Android devices can be expected to address more RAM than the 32-bit limit allowed.

Other than improved performance, Google is also aiming for a better battery life in Android smartphones with its Android L.