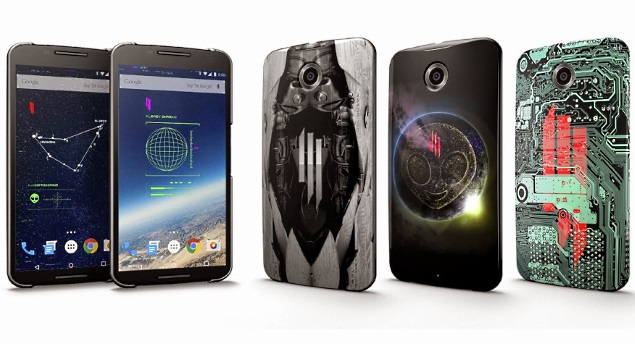 The cases are compatible with devices running Android 4.4 or above and sync with the Live Case app. The Live Cases are made of Lexan (EXL-1414) polycarbonate material. The limited-edition Skrillex Live Cases come in three variants including Space Shield, Circuit Bae, and Lil Planet.

The highlight of the Enter limited-edition cases by Skrillex is it shows live wallpapers shot by Skrillex's satellite from the stratosphere. "During the day, the live wallpaper displays images of earth and, at night, it shows constellations visible from your location," notes Google Store listing.

Google alongside has also announced that Live Case owners will get early access to a free Owsla album from Google Play and Skrillex updates sent directly to their phones.

Additionally, a shortcut button built-in on the Live Case will give one-touch access to Skrillex's music feed on YouTube. Interestingly, the button can be customised by the user to open a favourite app or launch the camera.

Announcing the news, Google on its Android blog said, "We are kicking off the series with Grammy-winning producer, Skrillex, who has created three unique designs inspired by his lifelong fascination with space. The Skrillex Live Case connects to your phone to bring you VIP access to Skrillex content and companion live wallpaper that extends its design onto the screen."