All the major announcements from Google I/O 2019. 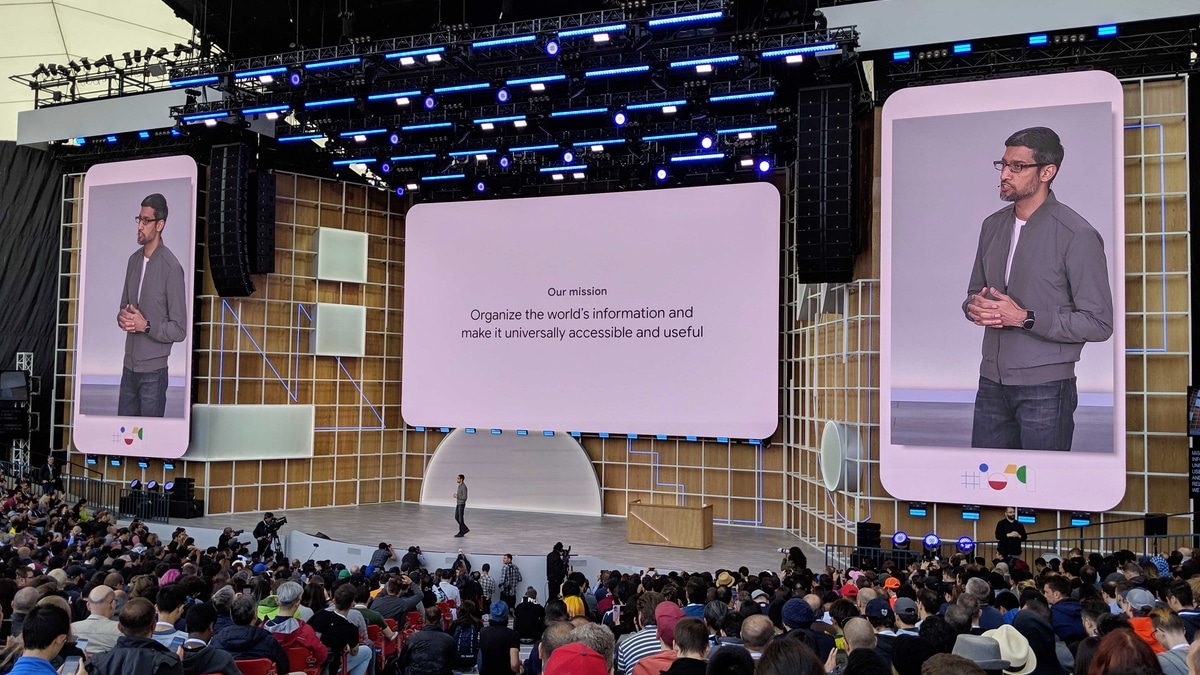 Pixel 3a, Pixel 3a XL specifications

Google Pixel 3a has a 3.5mm headphone jack, an OLED display, and has a starting price of $399. Google Pixel 3a ships with the same camera smarts that Pixel 3 has, which includes the Night Sight feature for low light photography. The Pixel's portrait mode and Super Res Zoom features also make it to Pixel 3a and 3a XL. These devices bring some cool augmented reality features to Google Maps that let you see arrows on the road via the camera for better navigation. Google has claimed that you can get up to 30 hours battery life on a single charge, and the included 18W fast charger lets you get 7 hours of battery life with 15 minutes of charging, Google said.

Pixel 3a, Pixel 3a XL price in India

Android Q has native support for foldable displays. There's one feature called Screen Continuity that allows apps and games to seamless transition from folded display to the unfolded larger screen. Android Q will also support 5G natively. Android Q has a new feature called Smart Reply, which provides reply suggestions, which suggests replies that you can quickly send via any app. Android Q also has native support for dark mode.

We'll list all the major features of Android Q right here as they are announced. If you have a Google Pixel smartphone, you can quickly download and install Android Q beta to check these features out but be sure to know that this is not going to be as stable as the final version of Android Q and you may lose data or end up with a non-functional device if something goes wrong. Android Q has improved privacy settings that let you easily limit ad tracking. It also adds more granular controls for location access.

Android Q OS modules can be updated without rebooting the device, which means that certain components of the update can be quickly updated. Android Q has a new mode called Focus Mode, which quickly disables distracting apps until you want to use them again. This is coming to Android Pie and Android Q later this fall. There are also better parental controls on Android Q. Android Q beta 3 is available on 21 devices in all, including Google Pixel smartphones.

Other major announcements at Google I/O 2019

Google announced that a feature called Full Coverage from Google News will be brought to Google search directly. When you search for any event such as Google IO 2019, you will get in-depth information from various news sources about it, a timeline of events from the thing you searched for, and also the addition of podcasts to search. Google also said it will be adding AR features to Google Search, showing you things such as a 3D model of arm flexion, or how a shoe is likely to fit you.

Google Lens can now be used to identify popular dishes from a restaurant's menu simply by pointing the camera at the menu. It can also be used to calculate the tip and split the bill. Google Go, the search app for entry level devices, is getting a new camera feature. You can point the camera at a signboard to make Google Go speak the words written on any signboard, and you can quickly translate it to your own language as well. The translated text is written right over the original words on the sign, and you can even listen to the translation. This feature is rolling out later this month.

Google Duplex is now available in 44 states in the US -- this is the AI tech that can do things such as have conversations with restaurant staffers to book a table for you. Google Assistant can book a car rental for you with just a voice command. This came via a new feature called Duplex on the web, and more details of that will be revealed later this year.

On to security and privacy features, Google Maps is going to be getting an incognito mode and this is coming to Google Search as well. Google is also integrating a two-step verification feature directly to your Android phone. Live Caption is a new feature that works completely on-device and with one click it allows you can turn it on for any podcast, video, and even something you record at home. This makes subtitles available for pretty much any audio in English.

Google Assistant can allow hearing impaired people to have a voice call with anyone as well, via a new technology called Live Relay. The replies can be made via your keyboard and Assistant will read out the responses to the person calling you. Google showed its Project Euphonia, which aims to correctly understand what people with speech impairment are saying.

Google also announced some of the AI improvements it has been working on. It has been using AI to help diagnose cancer. It has begun sending early flood warnings to people in flood affected areas in India.

Google Home smart home devices will now be under the Nest brand. Google Home Hub will be called Nest Hub. There's a new device called Nest Hub Max, which is smart display powered by Google Assistant. Nest Hub Max has a larger display, supports Google Duo video calls, and all the features of Nest Hub (formerly Google Home Hub). Google focused on privacy in this part of the keynote as well, focusing on how the camera has a helpful green light to show when it is on. Nest Hub Max has a feature called Face Match, which shows only your information when you walk in front of the devices. This is done by storing your face on the device in encrypted form, Google said. Nest Hub Max lets