Google forgets to include 'December' in Android 4.2 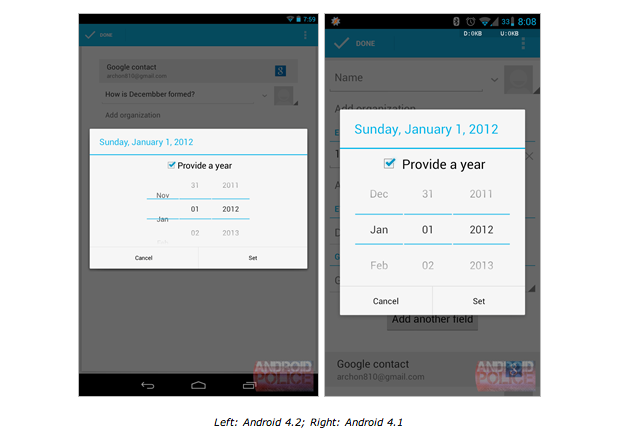 Someone at Google doesn't seem to like Christmas, or more specifically, the entire month of December. In a rather glaring omission, the People app in the latest version of Android (v4.2) does not let you set any date in December as the birth date of a contact (see screenshots above).

Today I was inserting birthday of a friend in my contact list so that I can sync the birthdays in my calendar. I noticed that the December month is missing. When I pressed new event the calendar came but it was not having the option for the month December. I'm using Galaxy nexus running on 4.2 jelly bean which I installed yesterday on 14 November 2012.
Please help me with this as I use the calendar a lot

Just to be clear, the problem is that the option is missing from the front-end. If you add a contact via Gmail, the information syncs up just fine with your phone. Just that you cannot add/ edit contact details to include a date in December.

Thankfully for Google, Android 4.2 users form a tiny fraction of the Android user base, so this is nothing more than a mere embarrassment for its QA team. If you are amongst the few already on Android 4.2, there's good news as Google has acknowledged the problem, so you can expect a fix pretty quickly.

Until then, hope Santa doesn't forget you this Christmas because your phone doesn't have 'understand' December!