Mostly, Android phones running on Android Pie or Android 10 are facing this issue. 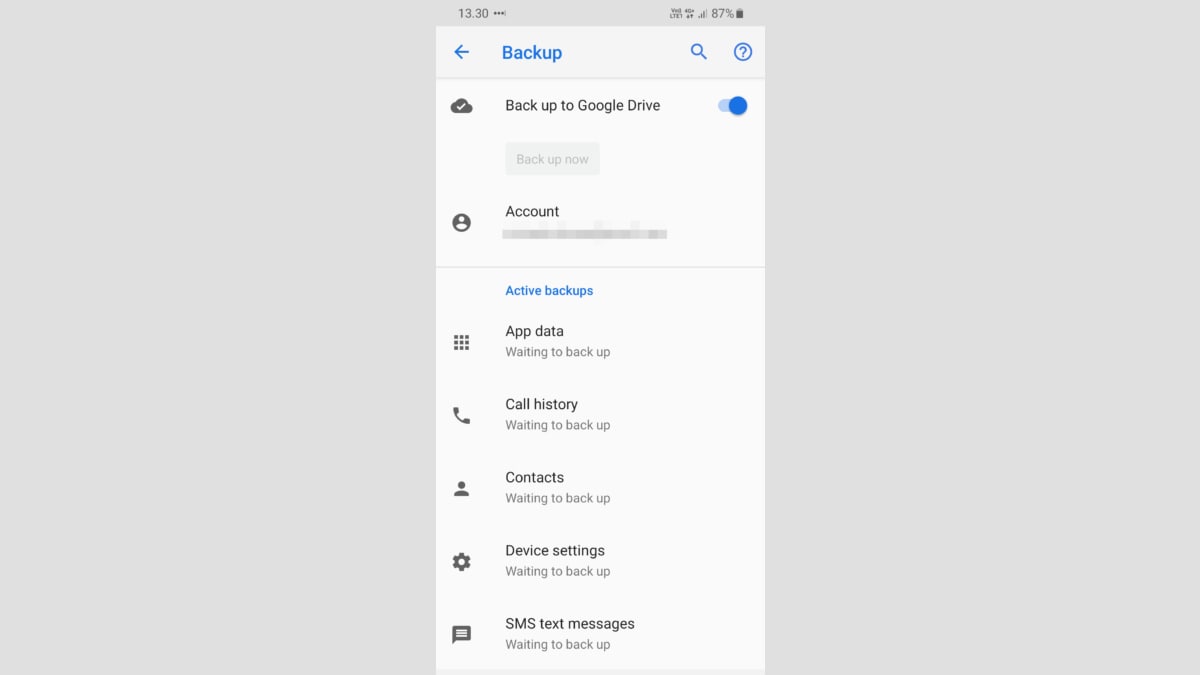 Android phone users have been reporting of a Google backup issue for months now, and Google hasn't responded about the problem. Select Android phones running on Android Pie or Android 10 cannot create backups for their data in Google Drive. This issue is widespread, affecting multiple phone manufacturers – from OnePlus, Huawei, to Samsung and even Motorola. Furthermore, the issue hasn't occurred due to a specific update or patch, or any other malfunction like multiple accounts linked, or some such. The cause of the issue is unknown, but workarounds have been reported, given Google's stoic silence regarding the matter.

Several users have posted to Google support forums, their device manufacturer's forums, Reddit, and other platforms to raise awareness about the issue. Reports date back to over nine months, and Google hasn't even acknowledged their awareness on the matter. To see if you are affected, head to Settings > System > Backup. The feature should be enabled, but some users may see the Backup Now button greyed out. If this button is inaccessible, and all the data categories show the ‘Waiting to backup' sign, then you are one of the affected users and probably weren't even aware about it. If the Backup Now button is accessible, then you should not be worried.

As there is no word from Google, and no acknowledgement of an incoming fix – user workarounds may be your best ‘temporary' bet. One such workaround includes disabling all security authentications temporarily. A Reddit user claims that the issue arises due to the lock screen security method on the phone that now encrypts all backups since 2019. A temporary workaround includes disabling any sort of authentication – be it PIN code, pattern, fingerprint, or face unlock. Disabling these security options should make the Backup Now button accessible once again. For few users, a reboot and/or clearing their Google Drive app data was also additionally required.

However, this workaround only worked till their security options were disabled. Once you enable them back again, the Google Drive backup stops once more. Therefore, you'll have to do this regularly, and create backups if you are one of the affected users.

A second and a more long-term solution requires adb commands, and also may require the user to clear Google Drive app data. The entire process is explained in an XDA Developers forums post, and this should activate backups for users.

We have contacted Google regarding the matter, and will update this copy if we get a response.