Google Doodle Showing Up on Search Widget for Some Android Users 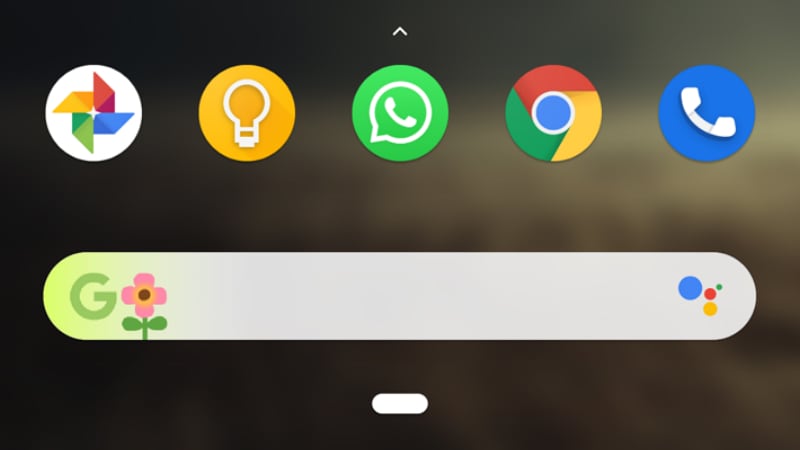 Google Doodle, of course, is the tech giant's creative way of celebrating an important occasion or festival on its homepage. The Google logo transforms into a creative, often interactive, design symbolising the importance of that day. Now, the company has found a way to expand the reach of its creative Doodles to the Google widget on Android phones. Some users are reporting that the Google search widget is now showing a small animation, which is the same as the daily Doodle on the search engine home screen. Furthermore, more people are now seeing the Google Doodle in their Discover Feed as well.

Google is reportedly testing the expansion of the daily Doodle on to its Google search widget and the Google Discover Feed as well. The new feature seems to be a test and only few users are able to see it as of now. It isn't showing up in our widget as of yet. However, Android Police received received several tips with screenshots, and it shows that the widget has a spring flower — Wednesday's doodle in some regions — that popped up next to the Google logo momentarily, before disappearing. There is no clarity on whether Google plans to refresh this Doodle daily. This could well just be a one-off thing, or a feature that only shows up on very special occasions.

For those who don't wish to see this little animation can turn it off by tapping and holding on the widget > go to overflow > Preferences > Turn off Searchbox effects toggle.

As mentioned, doodles are also showing up on the Google Discover Feed for a lot more people. The Google Doodle is displayed right on top of the page, before you scroll down to the rest of the content. The feature was reportedly introduced a while ago, but is now rolling out to more users and devices.