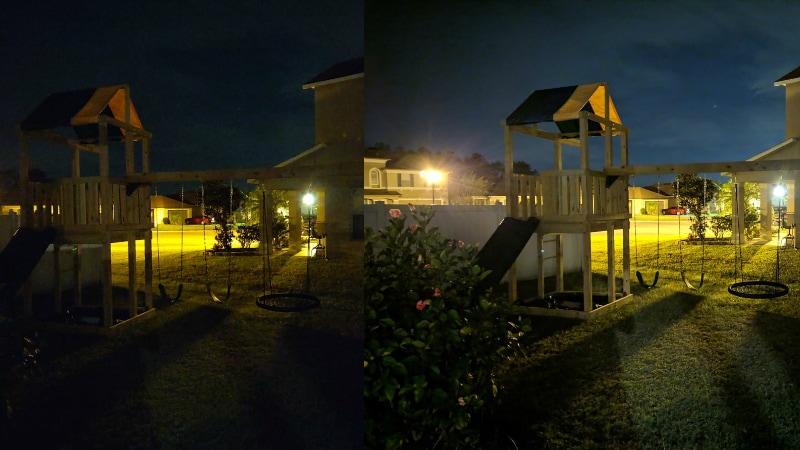 The updated Google Camera on the latest Pixel 3 and Pixel 3 XL has been lauded by reviewers, and the announced Night Sight mode has especially impressed many users. The tech giant detailed the feature at its Pixel event in October, but hasn't rolled it out to Pixel phones yet. However, the APK version is available for Pixel series users to get a taste of what the Night Sight mode brings. It brightens up a low-light shot without the use of flash, while retaining sufficient detail. Now, a developer has managed to port the Google Camera with Night Sight and HDR+ to the OnePlus 6 and OnePlus 6T as well, and the mode seems to work better than the stock camera's highlight feature Nightscape mode as well.

XDA Developer reports that developer Arnova8G2 has managed to bring Night Sight mode to the OnePlus 6 and OnePlus 6T, and this software works much better than the default camera app's Nightscape mode as well. The Nightscape mode is specifically designed to help users capture low-light shots with improved clarity, less noise, and more accurate colour reproduction as well as a better dynamic range than what was available through the default camera app previously. However, with the photo comparisons provided by XDA, it seems that the Nightscape mode on the OnePlus 6 underperforms considerably when compared to the Night Sight mode on the OnePlus 6.

To gain in more light during low-light conditions, Night Sight takes up to 15 frames with a reasonably slow shutter to give you an effective exposure of about five seconds. This is a better workaround that than keeping the shutter open for four or five seconds, which would completely blur an image,

In our camera comparison review, we tried it on the Pixel 2 XL and Pixel 3 XL, and the results were quite impressive. Depending on the amount of light, it takes about three to four seconds to finish capturing all the frames, although this could be improved once the final version is out. Even though it's impossible to stay absolutely still for this long when shooting handheld, the final shot was sharp and highly detailed compared to the one taken without Night Sight.

This only goes to show that hardware isn't the only important component for mobile photography. Software improvements are equally and maybe more important, something that Google very well understands. Therefore, it focuses on the Camera app improvements, and hasn't added dual lenses, even on the Pixel 3 series, just to keep up with the trend.