Google Assistant Gets ‘Your Apps’ Menu, Colourful UI in the Works: Reports 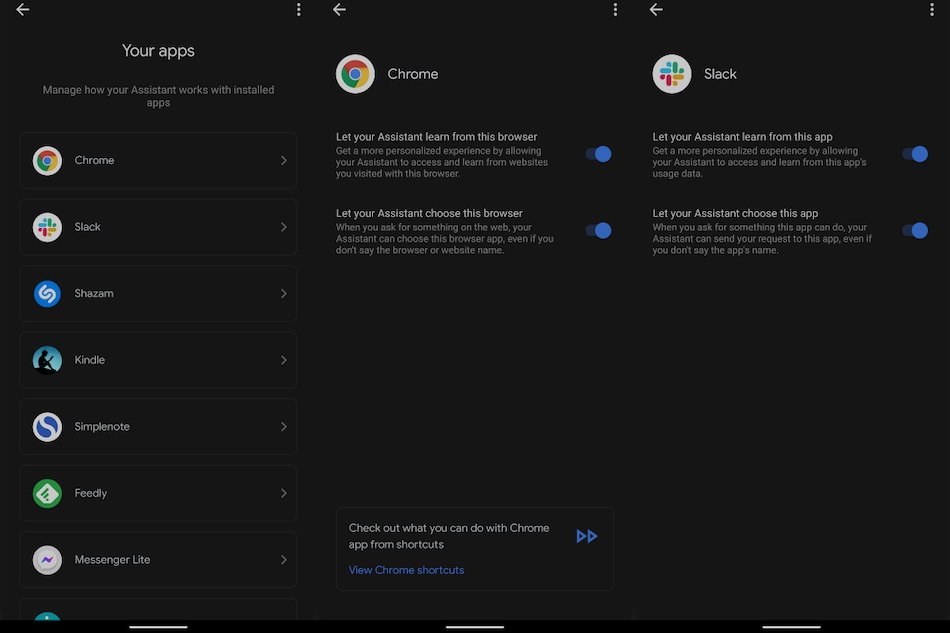 Google Assistant is said to be getting a new ‘Your apps' settings menu allowing users to choose from two action preferences, allowing users to customise how the voice assistant interacts with each app. This new ‘Your apps' option will go live in Google Assistant settings list. Separately, Google is also working on bringing a visual UI refresh, with the intent of making it more colourful. This colour scheme will likely change based on the light or dark theme the phone has kept as default.

9to5Google reports that the new ‘Your apps' menu in Google Assistant lets you ‘manage how your Assistant works with installed apps'. Users can choose from two preferences for every app that appears in this new list. The first option is called ‘Let your Assistant learn from this app' and this option lets the user get a more personalized experience by allowing the Google Assistant to access and learn from this app's usage data. The second option is called ‘Let your Assistant choose this app' and this option allows Google Assistant to send a request to this app, when you ask for something this app can do, even if you don't say the app's name. The report says that the two options are enabled by default, and the apps that show up in this list include Google's Chrome and Snapseed. We weren't able to spot the new menu, but we can expect it to rollout over the coming days.

In the meanwhile, XDA Developers' Matthew Pirszel uncovered a new colourful UI for Google Assistant. He was able to enable it on Sony Xperia phone running on Android 11, but wasn't able to do the same on a Pixel 4. The UI reportedly changes colours based on the light or dark theme set on the phone. There's a green theme used by Google and the tipster feels that these colours are simply placeholders for Android 12's wallpaper-based “monet” theming system. This system automatically changes the notification background and accent colour for Quick Settings based on the predominant colour in the set wallpaper, and the same may be trickling down to Google Assistant's UI change as well.