Google Assistant users on KaiOS devices in India can translate real-world text to preferred regional languages from their phones. 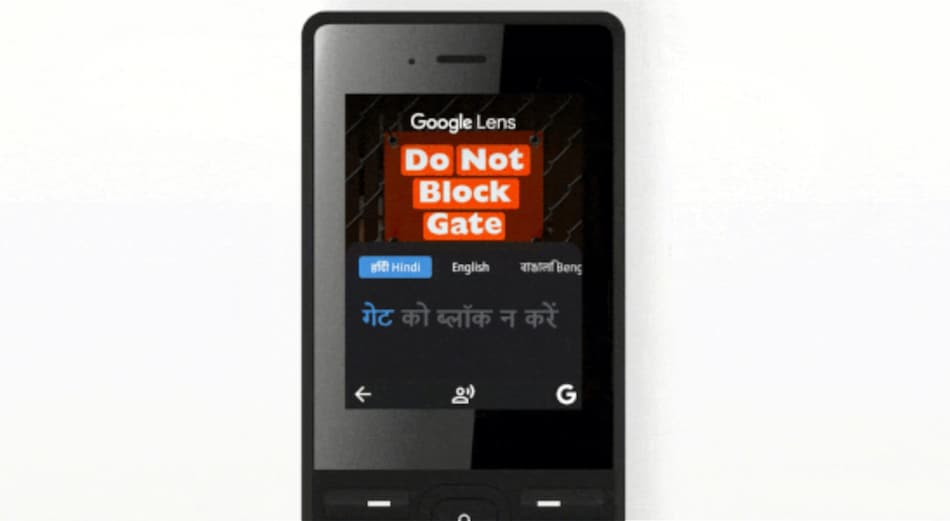 Google has introduced Google Lens camera-based translation abilities to KaiOS users in India. The KaiOS software runs on popular budget phones like the Jio Phone and Jio Phone 2 in the country. KaiOS phones that support Google Assistant now get the ability to do camera-based search through their phones. With this feature, users can click a photo of any real-world text and get it translated in their preferred language. The Google Lens feature was introduced at I/O developers conference in 2019, and it has now been integrated into KaiOS phones with Google Assistant as well. As mentioned, this feature has rolled out for Indian users only, for now.

On its official blog, Google announced that Google Assistant users on KaiOS devices in India can translate real-world text from their phones. There is a new camera icon in Google Assistant, and clicking on it will open the camera. Users simply have to point their phone at real-world text and have it read back in their preferred language, translated, or defined. KaiOS users can translate a product label, street sign, or a document as well. To trigger Assistant, KaiOS users will have to long press the center button from the home screen to get started.

Within Google Assistant, KaiOS users can now use Google Lens to translate words in the real word

Both Jio Phone and Jio Phone 2 devices support Google Assistant, which means that this feature can now be found on these phones. Google says that the camera-based translation is currently available for English and several Indian languages including Hindi, Bengali, Telugu, Marathi and Tamil, and will soon be available in Kannada and Gujarati. Google notes, “Users can simply press the right soft key once within Assistant to access and use this feature.”