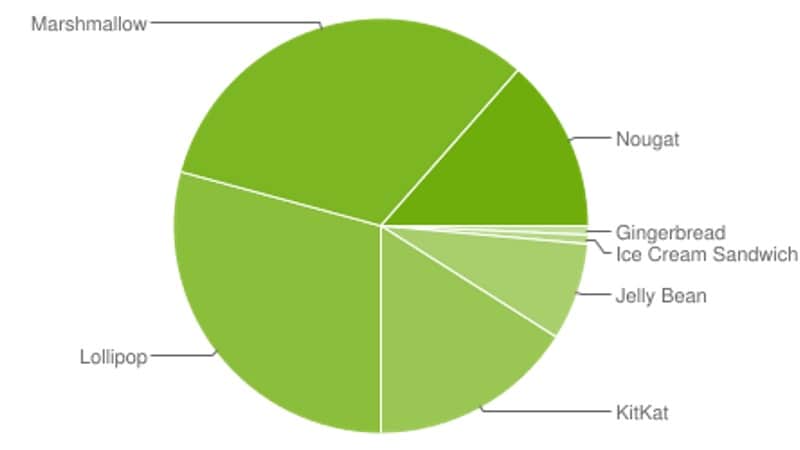 As we approach the public release of Android O, it seems like Android Nougat is now picking up pace in terms of adoption. Google has updated its distribution chart that shows share of various platform versions with data from a 7-day period ending August 8 and the new numbers suggest that Android Nougat is now present on 13.5 percent of active Android devices that checked into Google Play during the aforementioned period.

To note, the figures are gathered from devices visiting the Google Play app, which only supports Android 2.2 and above.

Android KitKat, which was running on 17.1 percent of devices for last months, was found to be present on 16 percent of overall devices that checked into Google Play on the updated chart. Android Jelly Bean has a combined share of 7.6 percent, while both Android Ice Cream Sandwich (v4.0.3-4.0.4) and Android Gingerbread (v2.3.3-2.3.7), have a share of 0.7 percent each, just like last month.