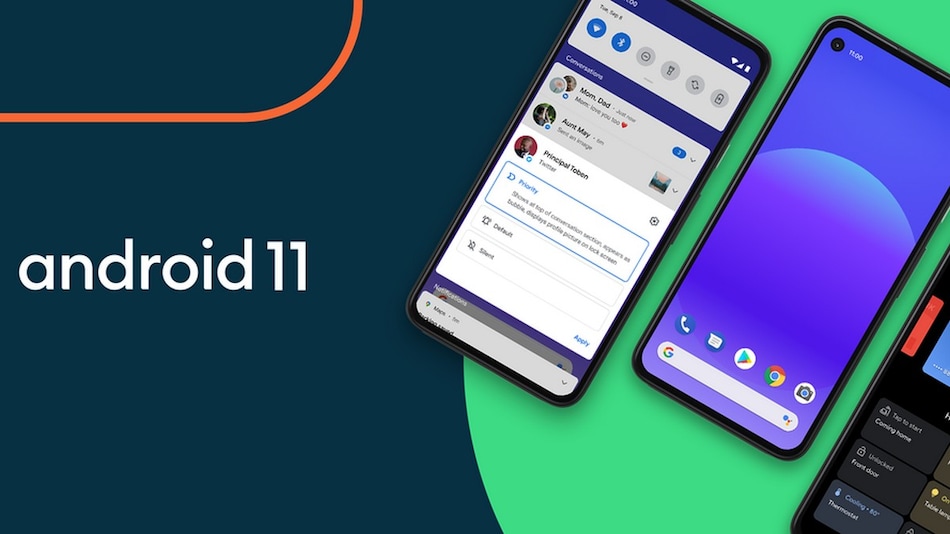 Android 11 is making its way to many smartphone models, besides Pixel phones

Google has announced Android 11 roll out for select Pixel phones, as well as flagship smartphone models from Xiaomi, Oppo, OnePlus, and Realme. The manufacturers are releasing final beta ROMs based on Android 11 for their individual UIs. The development was shared by Google in its blog which adds that more manufacturers will be launching Android 11 for their devices over the coming months. Some of the phones getting the beta include the Mi 10 series, Oppo Find X2 series, OnePlus 8 series, and more.

Google said that the update brings changes to improve multitasking, and give users more control over their privacy with one-time app permissions. It also brings built-in screen recording to Android.

While Xiaomi, Oppo, and Realme are offering the upgrade to a limited number of users, any and all OnePlus 8 series users can download and try out OxygenOS 11 beta ROM based on Android 11. Oppo has announced it will be pushing the beta update to 2,000 users while Realme is only opening the programme to 100 users.

Mi 10, Mi 10 Pro, and Poco F2 Pro users will be getting Mi Pilot MIUI global stable beta ROM running MIUI 12 based on Android 11. These users will have to fill a form on Mi Global community website and share their IMEI numbers, the deadline for which is today, September 9. Eligible Oppo phone users in India can apply for the beta version by heading to Settings > Software Update, click on the settings icon, tap Apply for Beta Version and then Update Beta Version. Those who are selected will receive the update within three days. OnePlus 8 series users can simple download the ROM from the community website and get started.

All the aforementioned smartphone models will be getting the latest Android 11 features like Bubbles, improved Dark Mode, greater control over permissions and privacy, and more. However, Pixel 2 and above smartphone models will be getting some exclusive features such as ‘Live View with Location Sharing in Google Maps', ‘new Smart Reply', some customisation options, and more.