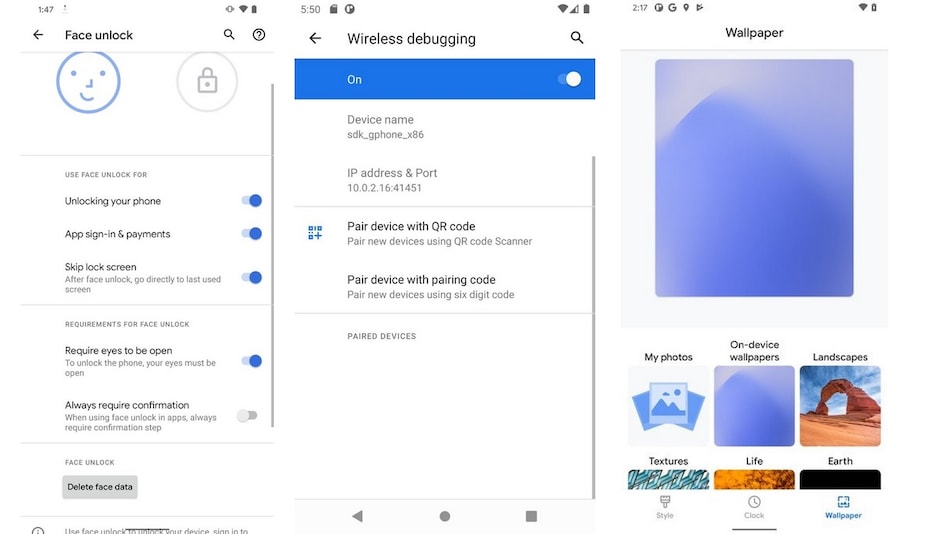 Google has released its second Android 11 developer preview (DP2) with several changes and improvements to the build. It brings a whole bunch of features, one of which is a much needed addition to the face unlock system which now gets the ‘Require eyes to be open' toggle. This means the phone will not unlock if your eyes are not open. Along with this, the second developer preview adds features like 5G state API, hinge angle detection for foldables, variable refresh rate for apps and games, and resume on reboot, among others.

Back in October of last year, Google said it would release a fix for the face unlock feature on the Pixel 4 which used to unlock the phone even when the user wasn't looking at it. Earlier this month, the feature was added to the Pixel 4 but it didn't seem to work. Now, with the latest developer preview of Android 11, the feature is back, as reported by xdadevelopers. According to tests conducted by Android Police, the feature works both with and without glasses, and in different lighting conditions.

As the name suggests, the developer preview is meant for developers and a lot of the features/changes are geared towards these users. Some of these features have been listed on Google's Android 11 DP2 blog which include:

5G state API: This lets users check if they are on a 5G New Radio or Non-Standalone network. Developers can make use of this feature to highlight the app's 5G experience when the user is connected.

Call screening service improvements: Google introduced the automatic call screening feature for Pixel 4 users with the first Pixel feature drop in December last year. It allows users to know who's calling and why, even before they answer the call. This feature has been improved with DP2 and now, call-screening apps can report a call rejection reason. A post call screen can also be customised to let users mark a call as spam or add the number to contacts, if they so choose.

New ops and controls in Neural Networks API: Google discovered a function that allows its AI to have “faster training time and higher accuracy across a wide variety of tasks.” Control ops enable more advanced machine learning models that support loops and branching. New execution controls have also been added to minimize latency for common tasks.

Variable refresh rate: This allows apps and games to set a preferred frame rate which is a great addition to DP2, given the increasing number of devices with high refresh rate screens.

Resume on reboot: Even though the phone will still need to restart after Over the Air (OTA) updates, apps will now resume on reboot which means normal functionality right away, without the user having to unlock the device with the new DP2.

xdadevelopers have also noted a few other changes and improvements in DP2 like Notification History option in Settings along with a Manage Conversations option to control apps which appear in the Conversations area (added in the first developer preview). The Pixel Wallpaper app has been revamped, the screen recorder UI has been updated, a ‘Tap to Restart' option has been added that makes it fit the phone's aspect ratio, and a new ‘HD audio' has been added for Bluetooth audio.