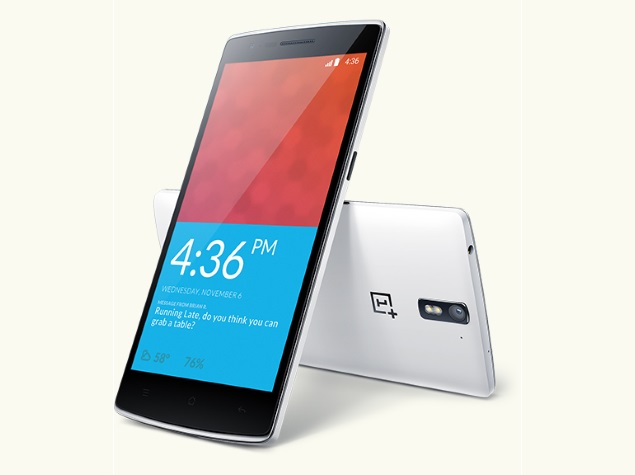 Cyanogen on Thursday has seemingly clarified that the OnePlus One will get OTA updates in India.

The news will come as a respite for potential OnePlus One smartphone buyers in India who were disappointed with the news that Cyanogen, due to its exclusive partnership with Micromax, will no longer support any other devices shipping in India with future updates.

Making a clarification on its official blog, Cyanogen says, "To clarify misinformation out there, the OnePlus One will get OTA firmware updates for all global devices, including global devices for our users in India."

The rather ambiguously-worded post does not indicate if OnePlus devices sold in India will receive updates. We've written to Cyanogen to clarify that all devices in India will get OTA updates and we will update this story as soon as we get a response.

OnePlus in the meanwhile has responded to our queries, saying, "We have not received official communication or confirmation on further developments and cannot comment at this time."

The blog, titled 'Cyanogen's Commitment to our Users,' further added, "We are proud of the work we did on the OnePlus One. Through our collaboration with OnePlus, we demonstrated the power of strong hardware and software tuned for exceptional performance."

The firm is essentially negating its previous statement from last week saying its exclusive deal with Micromax's YU brand for Cyanogen OS in India meant it "will not support any other devices shipping in India with future updates including Lollipop."

Last week, OnePlus Director and Co-Founder Carl Pei in a blog had reacted to Cyanogen's statement in a heartfelt blog expressing the firm's surprise and disappointment at the news, but insisted the launch of the OnePlus One in India would not be affected, though the smartphone would not receive updates to its custom-build of Cyanogen OS.

Pei had added that OnePlus had always planned to build its own custom software for its smartphones, but that Cyanogen's announcement had made the firm shift its engineering efforts towards its Android team, which will push out a community build based on Android 5.0 Lollipop in December, and a production-ready build by February. The move was seen as an attempt by OnePlus to protect itself from such future issues.

OnePlus launched its flagship One smartphone in India, priced at Rs. 21,999 for the 64GB version (Sandstone Black). The smartphone will be available via invites exclusively on Amazon.in. A 10-day return policy by Amazon was also announced, while HCL Care will exclusively handle after sales service across more than 20 service centres in India.

The OnePlus One runs Cyanogen 11S or CM 11S, with the 'S' signifying the customisation for the One smartphone. Notably, CM 11S is based on Android 4.4 KitKat, while the company has issued several OTA updates bringing bug fixes and new features in the interim, with the latest in November taking it to CM 11S 44S - it ships with this version out-of-the-box in India.