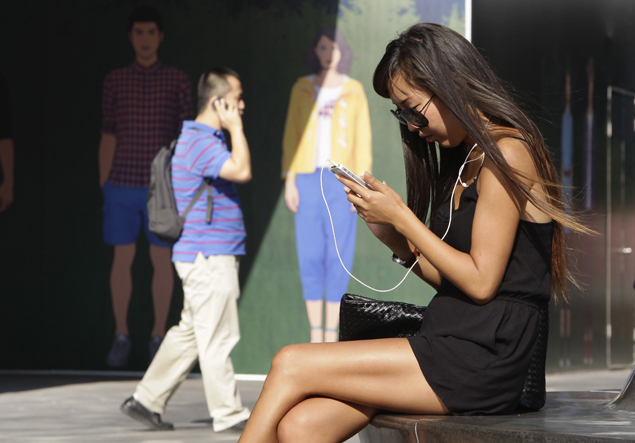 Smartphone sales, a category dominated by Samsung and Apple, continued to rise, he said, and the higher-end devices would account for more than half the market for the first time this year.

Total worldwide mobile sales to end users fell 1.7 percent to 1.75 billion units in 2012, Gartner said. Samsung and Apple continued to dominate the market, with the Korean company selling 385 million phones in 2012, of which 53.5 percent were smartphones, with Apple selling 130 million smartphones.

In the fourth quarter alone, Apple and Samsung accounted for 52 percent of smartphone sales, up from 46 percent in the third quarter.

Chinese company Huawei reached third spot in worldwide smartphone sales for the first time in the fourth quarter, Gartner said. It sold 27.2 million smartphones to end users in 2012, up 74 percent.