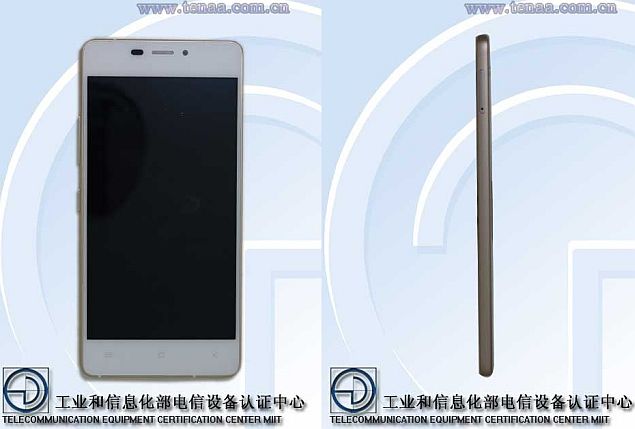 Gionee has teased what's expected to be world's new slimmest smartphone with a thickness of 5mm, the anticipated successor to the Gionee Elife S5.5 (Review | Pictures) launched earlier this year. 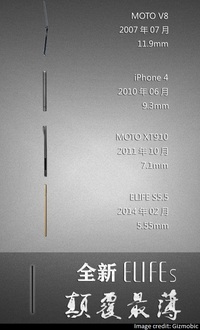 The alleged successor of the Gionee Elife S5.5 was reportedly spotted as the Gionee GN9005 that was certified by Tenaa (Chinese equivalent to FCC). The listed specifications of the device suggesting it would feature a thickness of 5mm.

The anticipated smartphone was leaked again soon after as the Gionee Elife S4.8, along with images. No further specifications were detailed.

Notably the Elife S5.5 at present is the claimed to be the world's thinnest smartphone by Gionee, which beats the Vivo X3 at 5.75mm. It is a single-SIM smartphone that runs the company's Amigo UI on top of Android 4.2 Jelly Bean. It features a 5-inch Super AMOLED (1080x1920 pixels) display with a pixel density of 441ppi.

The Elife S5.5 is powered by a 1.7GHz octa-core CPU coupled with 2GB of RAM. It boasts a 13-megapixel rear camera with LED flash and a 5-megapixel front camera. The smartphone comes with 16GB of internal storage with no further expandability option via microSD card. It measures 145.1x70.2x5.55mm, and weighs 130 grams with its metal chassis.

In March, Gionee had launched the Elife S5.5 smartphone at Rs. 22,999 in India.
Comments