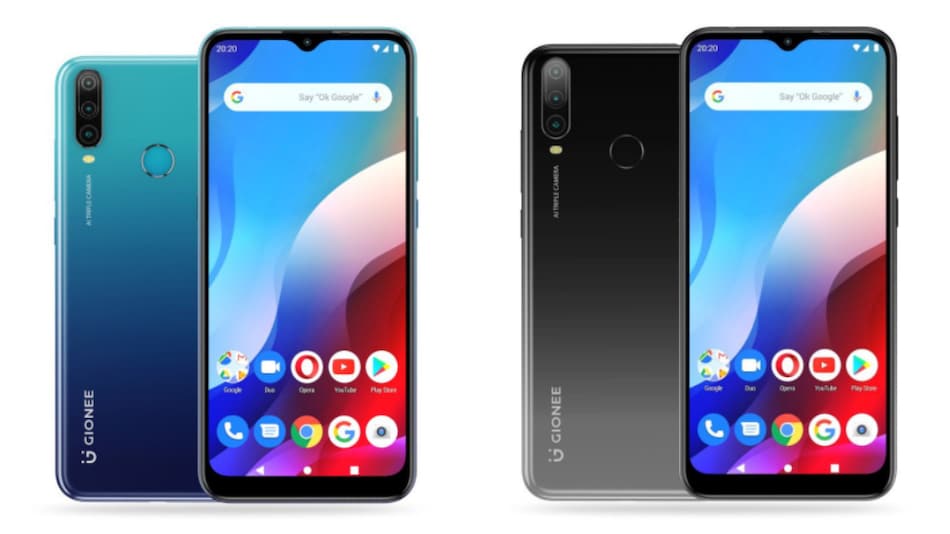 Gionee S12 Lite is official and the smartphone will be launched on October 5 in Nigeria, as per a report. The smartphone comes with pretty basic specifications and is an affordable handset for emerging markets. It features a 6.52-inch IPS LCD display and is powered by the MediaTek Helio A25 SoC that can also be found on the Gionee S12 smartphone. There is no information on the price of the smartphone that is essentially a watered-down version of the Gionee S12. The company is currently teasing the phone on Facebook.

An addition to the Gionee S series, the dual-SIM Gionee S12 Lite reportedly features a 6.52-inch IPS LCD (720 x 1,600 pixels) display with 20:9 aspect ratio. The smartphone that is due to be launched on October 5 in Nigeria, runs on Android 10 and is equipped with MediaTek Helio A25 SoC, coupled with PowerVR GE 8320 GPU. The Gionee handset is said to be offered with 3GB of RAM and 32GB storage that can be expanded through the microSD card.

For photos and videos, the Gionee S12 Lite comes with a triple rear camera setup that includes a 13-megapixel main sensor, a 5-megapixel ultra-wide snapper, and a 2-megapixel depth sensor. For selfies and video calls, there is an 8-megapixel front camera situated in a teardrop notch. Both front and rear cameras can capture videos in 1080p/ 30fps. The back panel also has a fingerprint sensor.

The Gionee S12 Lite packs a 4,000mAh battery. It comes with FM radio, microUSB port and a 3.5 mm headphone jack. Connectivity options Wi-Fi 2.4GHz and Bluetooth 4.2. The phone is said to be available in Blue and Gray colours.

Gionee already sells the S12 smartphone in Nigeria. It comes with a 6.5-inch display, MediaTek Helio A25 SoC with 4GB of RAM and 64GB storage. It runs on Android 10, and features a quad rear camera setup.