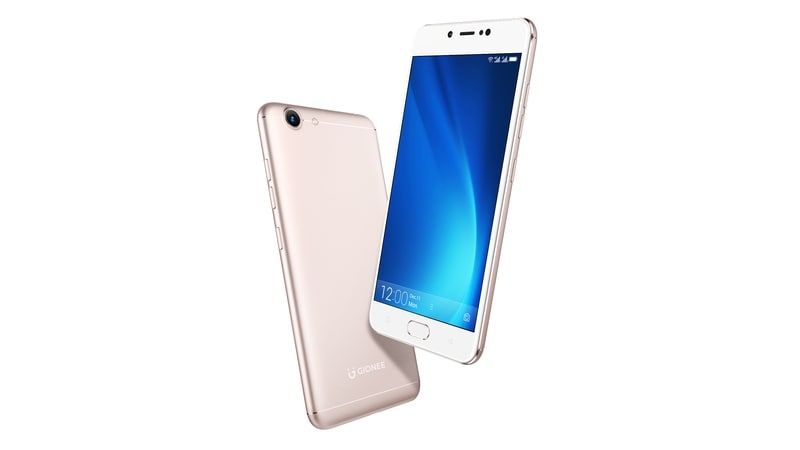 Gionee S10 Lite has been launched in India. A variant of the Gionee S10 that was launched in China back in May, the smartphone shares several similarities with the Gionee S10C, with minor differences. Highlights of the smartphone include a 16-megapixel front camera with an aperture of f/2.0 and a selfie flash, apart from a WhatsApp Clone feature that lets users utilise up to three accounts on the same phone. The Gionee S10 Lite will be available in the country exclusively via offline stores.

The Gionee S10 Lite price in India has been set at Rs. 15,999, and it will go on sale via offline stores in the country from Saturday, December 23. At that price point, the smartphone competes with the Moto G5S Plus, which retails for the same price in the country. It will be available in Gold and Black colour variants.

The S10 Lite will be available with launch offers - Gionee says buyers will get two Paytm Cashback Voucher Codes that entitles them to Rs. 250 cashback each on a minimum purchase worth Rs. 350 from Paytm Mall. New and existing Jio subscribers will also get 5GB additional data per month for a period of 10 months on any recharge worth Rs. 309 and above.

The dual-SIM (Nano) Gionee S10 Lite runs Amigo 4.0 based on Android 7.1 Nougat. It sports a 5.2-inch HD (720x1280 pixels) display, and is powered by a quad-core Snapdragon 427 SoC clocked at 1.4GHz, coupled with 4GB of RAM. The smartphone bears a 13-megapixel rear autofocus camera with LED flash and an f/2.0 aperture. On the front, the S10 Lite features a 16-megapixel selfie fixed-focus camera with an f/2.0 aperture and selfie flash.

The Gionee S10 Lite bears 32GB of inbuilt storage that's expandable via microSD card (up to 256GB). Connectivity options include 4G VoLTE, Wi-Fi 802.11 b/g/n, Bluetooth v4.0, GPS/ A-GPS, FM radio, Micro-USB, and a 3.5mm headphone jack. Sensors on board include accelerometer, digital compass, and proximity sensor. There is a fingerprint sensor on the home button on the front panel. It measures 148.7x73.7x7.9mm and weighs 155 grams.