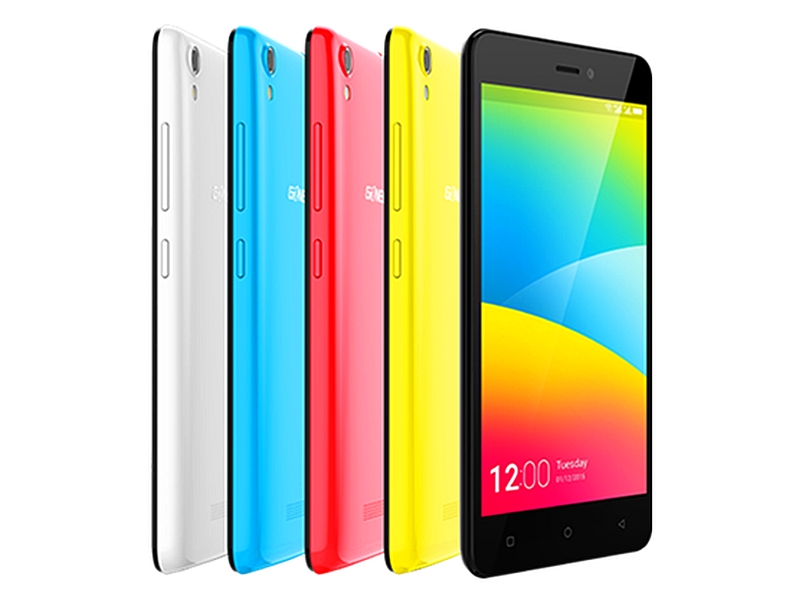 Gionee, soon after launching its Marathon M5 in India, has now introduced the Gionee P5W smartphone with a listing on its global website. The company has not yet detailed when the smartphone will hit Indian shores or at what price.

The dual-SIM dual standby Gionee P5W runs Android 5.1 Lollipop clubbed with its Immersive UI on top, said to match with the handset's range of different colours. It features a 5-inch HD (720x1280 pixel) IPS Oncell display, and is powered by a 1.5GHz octa-core MediaTek MT6735 SoC, clubbed with 1GB RAM.

The Gionee P5W sports 16GB of built-in expandable storage. It also features a 5-megapixel autofocus rear camera with LED-flash, and a 2-megapixel front camera. It measures 143.3x72x8.9mm and weighs 153 grams. It is backed by a 2000mAh battery and includes the usual connectivity options such as 3G, Wi-Fi, Bluetooth 4.0, GPS, and Micro-USB 2.0. The smartphone will be available in White, Blue, Red, Yellow, and Black colour variants. The P5W's audio is powered by DTS 3D surround sound tech. Face Unlock is also included.

Gionee last month launched the Marathon M5 in India, priced at Rs. 17,999. The highlight of the Gionee Marathon M5 is its battery life. The smartphone comes with two 3010mAh batteries, taking the total to 6020mAh. The company says the batteries should last up to 4 days. It also features an extreme mode that can boost standby time at 5 percent battery life to 62 hours. Gionee has launched a variant of the Marathon M5 in India, featuring 3GB of RAM coupled with 32GB of inbuilt storage, as opposed to the 2GB of RAM and 16GB storage model launched globally.