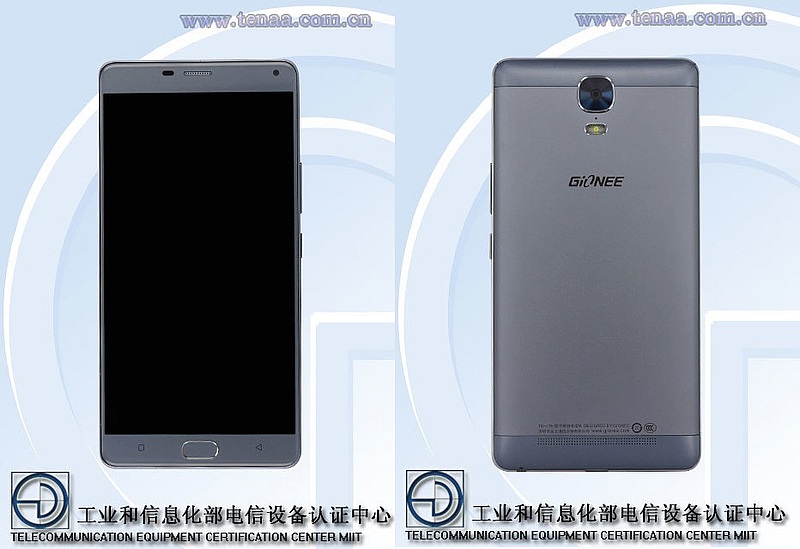 The Gionee Marathon M5 Plus, the smartphone that is set to launch on December 21 in China, has passed Tenaa telecommunications certification authority. The listing reveals the smartphone's designs and specifications as well.

First spotted by Android Headlines, the listing suggests the smartphone to bear a 6-inch full-HD (1080x1920 pixels) resolution Amoled display and comes with Android 5.1 Lollipop preinstalled. The device will pack an octa-core MediaTek processor clocked at 1.3GHz, clubbed with 3GB RAM. The inbuilt storage of Marathon M5 can also be expanded via a microSD card (up to 128GB). A 13-megapixel rear camera and a 5-megapixel front-facing camera are also housed inside the smartphone.

The device is seen sporting a physical button below the display alongside two capacitive touch buttons on the sides for multi-window and navigating back. The physical home button is also said to double-up as the fingerprint sensor. However, all rumours should come to rest next week when the handset launches.

Gionee earlier this month launched Gionee Marathon M5 Lite in China. Like other members of the Marathon series, the highlight of the Gionee Marathon M5 Lite is its big battery. It is backed by a 4000mAh Li-Po battery, which is rated to deliver up to 40 hours of talk time, 68 hours of music playback, 3 days of regular use, and 39 days of standby time. The handset can charge other smartphones as well.