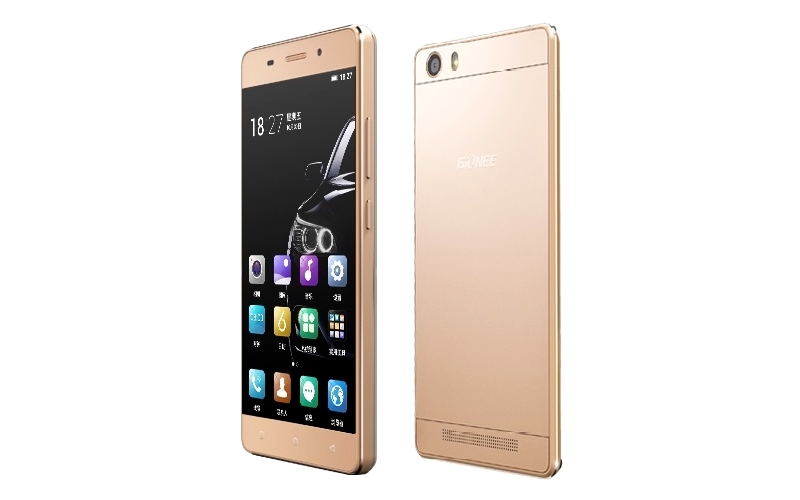 The Gionee Marathon M5 Lite, which was launched in China last month, is reportedly now available to purchase in India.

Said to be available via offline retail stores in the country, the Gionee Marathon M5 Lite reportedly retails at Rs. 12,999, but bears an MRP of Rs. 13,909. Only the Gold colour variant of the handset is available as of now, reports Phoneradar. While our offline retail sources report availability of the phone at the same launch price, we've reached out to Gionee to confirm the India launch and other details.

Like other members of the Marathon series, the highlight of the Gionee Marathon M5 Lite is its big battery. It is backed by a 4000mAh Li-Po battery, which is rated to deliver up to 40 hours of talk time, 68 hours of music playback, 3 days of regular use and 39 days of standby time. The handset can charge other smartphones as well.

The Gionee Marathon M5 Lite runs Amigo 3.0 based on Android 5.1 Lollipop, and is a dual-SIM dual standby smartphone with 4G LTE connectivity (Indian bands supported). It features a 5-inch HD (720x1280 pixel) IPS display with pixel density of 293 ppi, and is powered by a 64-bit 1.3GHz quad-core MediaTek MT6735 SoC, clubbed with 1GB RAM and Mali-T720 GPU. The smartphone sports 16GB of built-in storage that can be expanded via microSD card (up to 128GB).

The model launched in India reportedly features 3GB of RAM, and 32GB on inbuilt storage, significantly higher on both fronts than the China version.

It features an 8-megapixel autofocus rear camera with CMOS sensor and LED-flash, and a 5-megapixel front camera, as per the listing. Measuring 143x69.9x8.5mm, the Marathon M5 Lite weighs 182 grams.

As for connectivity, the Gionee Marathon M5 Lite includes Bluetooth 4.0, GPS, Wi-Fi, and MicroUSB connectivity. Ambient light sensor, gravity sensor, and proximity sensors are also housed in the Marathon M5 Lite. As per the company, the smartphone is made of aviation-grade aluminium alloy.

Twitter's Rumoured Character-Limit Change Is Bad News for Artists and Botmakers
Consumer Electronics Show 2016: Are We in an Innovation Lull?