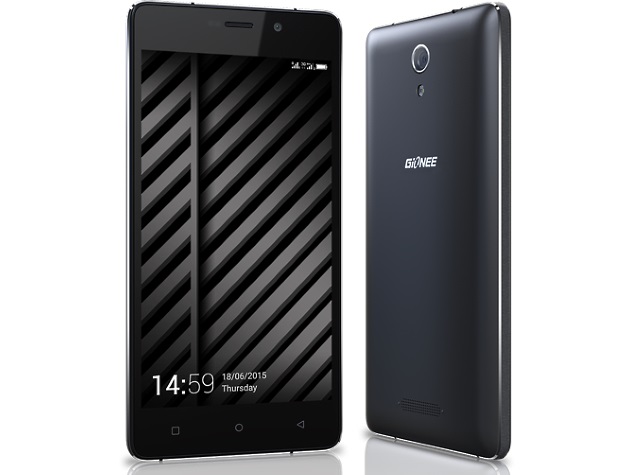 Gionee has launched the Marathon M4 in India, priced at Rs. 15,499. The new Gionee smartphone will be available in India via offline and online stores.

The dual-SIM based Gionee Marathon M4 runs Android 5.0 Lollipop-based with the company's Amigo 3.0 UI on top. It comes with a 5-inch (720x1280 pixels) HD Super AMOLED display. The smartphone is powered by a 1.3GHz quad-core processor coupled with 2GB of RAM. It bears 16GB of inbuilt storage, which is further expandable via microSD card (up to 32GB). It sports an 8-megapixel rear camera with LED flash, while there is a secondary 5-megapixel front-facing camera also on board. The company claims that the 5000mAh battery can deliver up to 400 hours of standby time and 18 hours of talk time on 3G networks.

Commenting on the launch, Timir Baran Acharyya, GM, Gionee India said "Marathon M4 is a result of Gionee's consistent understanding of the rising demand for a device that not just looks great on the specs sheet, but also demonstrates an impeccable performance. Consumers today love to be connected on the go and are always on the lookout for powerful devices and M4 answers exactly that. With an exceptional battery life and powerful multimedia experience, M4 is sure to set the bar a notch higher."