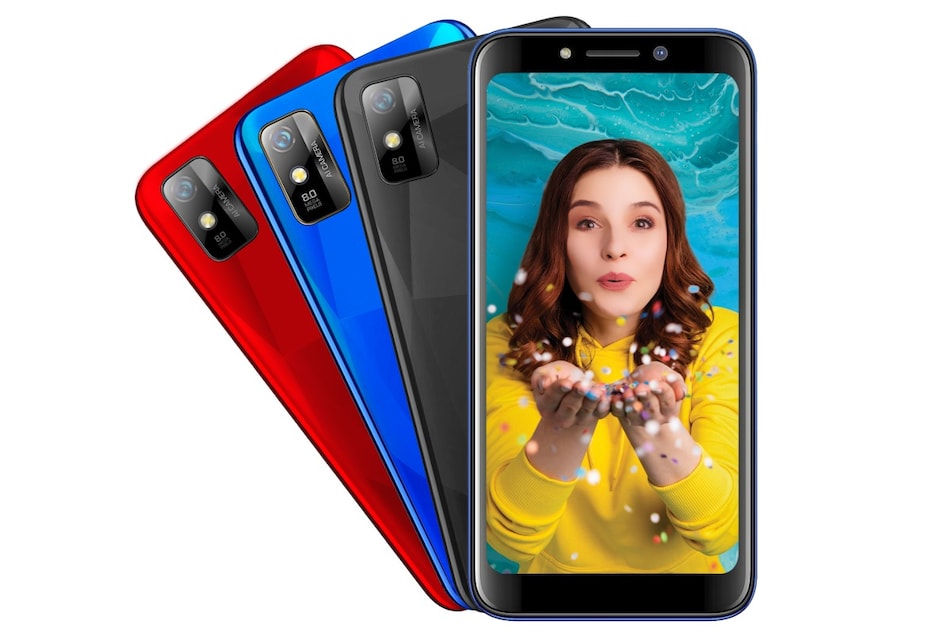 Gionee F8 Neo has been launched in India as a budget smartphone for people who're looking for upgrading from a feature phone, priced at just over Rs. 5,000. The new phone comes with preloaded features including Face Unlock, Slow Motion, Beauty mode, and Night mode to attract young buyers. The Gionee F8 Neo also comes with gesture support to enable a smarter experience for feature phone users. Further, the smartphone offers storage expansion up to 256GB as well as includes a selfie camera. The Gionee F8 Neo also comes in three distinct colour options to choose from.

Gionee F8 Neo price in India has been set at Rs. 5,499 for the single 2GB RAM + 32GB storage variant. The phone comes in Black, Blue, and Red colours. Moreover, it will go on sale in the country through close to two lakh mobile retailers that are a part of local retail network Udaan.

The Gionee F8 Neo runs on Android 10 and features a 5.45-inch HD+ (720x1,440 pixels) display that has an 18:9 aspect ratio. Under the hood, there is an octa-core Unisoc (formerly Spreadtrum) SC9863 SoC, along with 2GB of RAM. The smartphone comes with an 8-megapixel camera sensor at the back that is paired with an LED flash. There is also a 5-megapixel camera sensor at the front — along with an LED flash — specifically for selfies and video chats.

The Gionee F8 Neo has 32GB of onboard storage that is expandable via microSD card. Connectivity options include 4G LTE, Wi-Fi, Bluetooth, GPS/ A-GPS, Micro-USB, and a 3.5mm headphone jack. The phone also features a Gem Edge Design at the back to provide a distinct look and feel. However, it doesn't come with a fingerprint sensor. The smartphone packs a 3,000mAh battery.