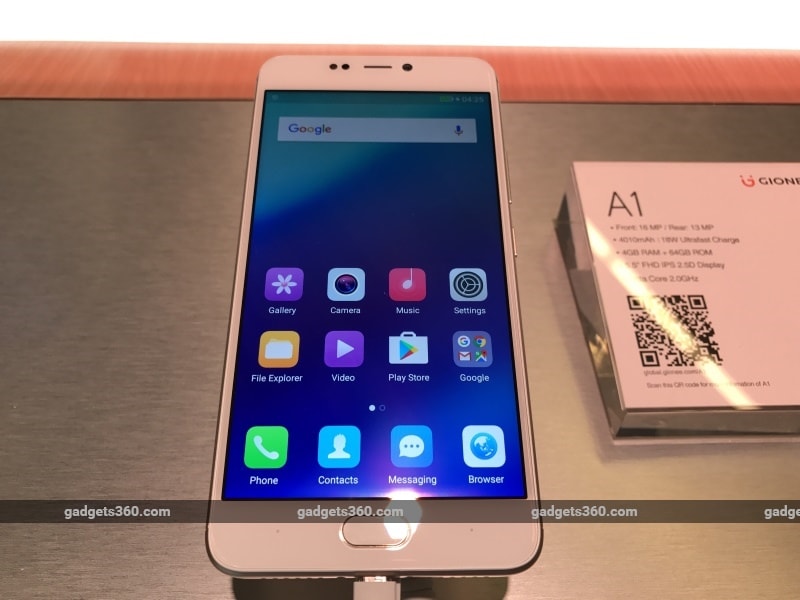 After launching it in India a few days ago, Gionee has unveiled the pricing of the Gionee A1 in the country. The Gionee A1 is priced at Rs. 19,999, and as revealed earlier, the smartphone will go up for pre-bookings via offline retailers from March 31. The device will be made available in grey, black, and gold colour variants, and customers who pre-book will get a two-year warranty, along with the option of either a free JBL headphone or a free Swiss Military Bluetooth Speaker.

The actual availability of the Gionee A1 still remains unknown, but Gionee had said at a launch event earlier this week that the smartphone will also be made available via Amazon India for online sale at a later date.

Gionee has put a 16-megapixel front-facing fixed focus camera on the A1, with an f/2.0 aperture, a 1/3.06-inch sensor, a 5P lens, and a selfie flash that the company says it has customised to "spread light onto faces more evenly and softly." The smartphone also comes with a 'facial enhancement algorithm' that automatically detects a user's face and applies custom beauty settings. Other features being touted include the bokeh-selfie mode.