Gionee A1 OTA Update to Bring Improvements to Music, Video, and Selfie Features 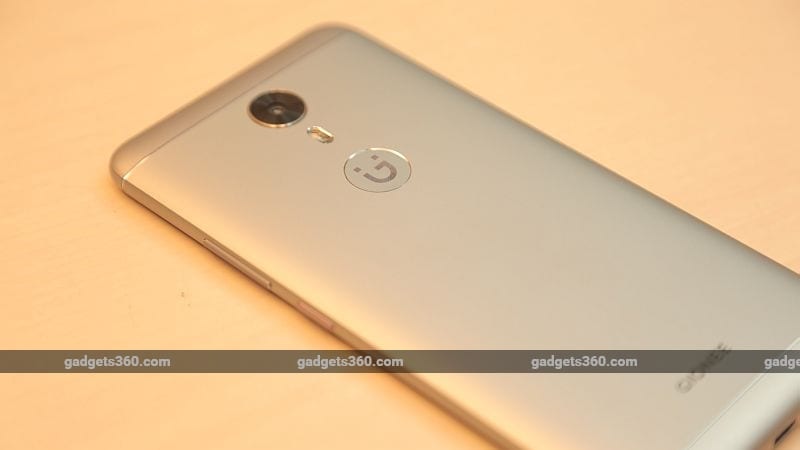 Gionee has announced a new over-the-air (OTA) update for its recently unveiled A1 smartphone. The company has confirmed that the latest OTA update brings improvements for the front camera, music, and video features.

The Gionee A1 has not yet hit shelves, and we reached out to Gionee for clarification about if the update will be available out-of-the-box. The company says OTA update should pop up for users after they unbox their smartphone, though they can manually check for update on the Gionee A1 via Settings > About > Software update.

The A1 has been priced at Rs. 19,999, and the company started taking pre-bookings for the handset from March 31. Gionee recently claimed that it received pre-booking for roughly 75,000 units in 10 days. The new Gionee A1 smartphone has two major USPs - a big battery, and, superior selfie photo quality. Gionee A1 sports a 16-megapixel front-facing fixed focus camera on the A1, with an f/2.0 aperture, a 1/3.06-inch sensor, a 5P lens, and a selfie flash. As for the rear camera, the Gionee A1 bears a 13-megapixel camera with a 1/3.06-inch Sony IMX258 sensor, and dual-LED flash. It sports a 4010mAh battery with 18W 'ultrafast charging'.

As we mentioned, Gionee says the OTA update brings some improvements for selfies, as snaps taken from the front camera will now be automatically stored in a folder dubbed Selfiestan. It will also allow users to customise the folder as per their requirements.

The OTA update for the Gionee A1 also focuses on managing videos as users can now watch videos in a common video player for both YouTube and locally stored videos. Additionally, the new update also brings floating window feature for YouTube videos.

For music enthusiasts, the new Gionee A1 update will let users create their own music library in Music app. Users will also get an all-new alphabetic search feature in the music library. Apart from the above new features, the new OTA update for the Gionee A1 will also add a customised suspend button functionality while update Google security patch. The new OTA update also fixes minor bugs and is claimed to enhance the performance of the device.