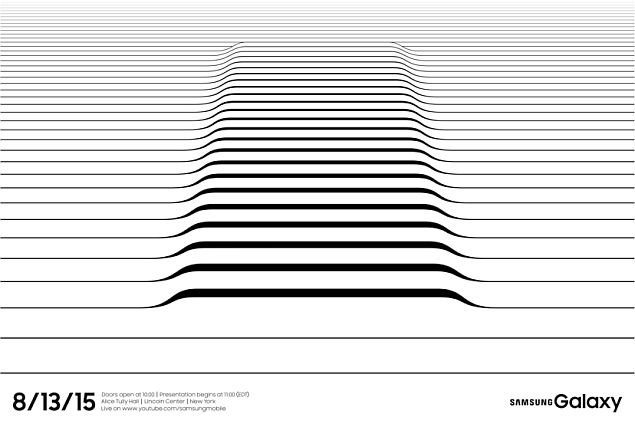 The South Korean giant has announced that the event will take place in Lincoln Centre, New York. The 'Unpacked' event will be live streamed on YouTube, confirmed the company on its Samsung Tomorrow website. The official invitation to the Galaxy Unpacked 2015 event features an image with what appears to be a smartphone covered by a cloth, and curved edges tipping a dual-edge display.

It's worth noting that this is the first instance in several years when Samsung has advanced the launch of its Galaxy Note phablet, which previously took place in the first week of September at the IFA tradeshow. An advanced launch approach by Samsung for the new Galaxy Note clearly would be an attempt to take on the sales of the new iPhone models, which is not likely to begin before September-end or early October.

Korea Herald reports that Samsung can launch the Galaxy Note 5 in select markets including Korea and the US, where the sales of previous-generation Galaxy Note phablets were strong. The report quotes a Samsung official, "Samsung has almost finalised the talks with global mobile carriers to release the Galaxy S6 Edge Plus, but the launch of the Galaxy Note 5 has not yet been decided." The move is said to be an attempt to avoid cannibalisation between similar products. 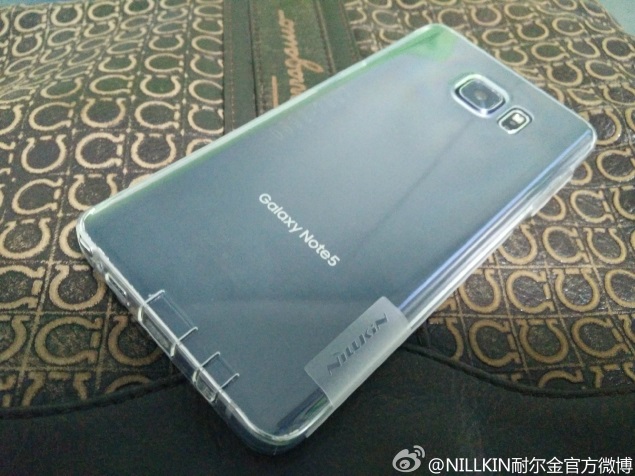 In a separate leak, Nowhereelse.fr (via Nilkin's Weibo account) has posted a flurry of Galaxy Note 5 images showing the handset in its full glory. The images show an alleged Galaxy Note 5 in a transparent case and sporting a reminiscent design already seen on the Galaxy S6 and Galaxy S6 Edge. By looking at the leaked images, we can assume that both the front and rear panel of the Galaxy Note 5 have been made out of glass; though we will have to wait till August 13 for the official confirmation. In the images, the recently leaked S Pen stylus is also seen.

Lastly, the Galaxy Note 5 details have been spotted in CPU-Z system information software. In the leaked screenshots (via GSM Arena) from CPU-Z, the handset is listed with model number SM-N920F and is powered by Samsung's Exynos 7422 processor. Other details tipped by the leaked screenshot show 4GB of RAM; 32GB inbuilt storage; a 5.7-inch QHD screen, and Android 5.1.1 Lollipop.