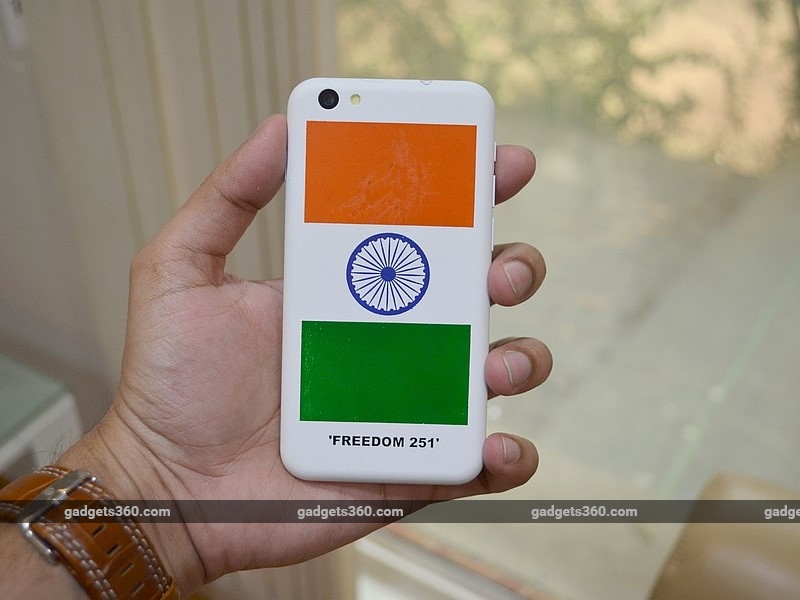 Expressing concern over the launch of a smartphone at price as low as Rs. 251, mobile industry body ICA has written to Telecom Minister Ravi Shankar Prasad to get into depth of the issue, saying the rate could not be below Rs. 3,500 even after a subsidised sale.

The Indian Cellular Association (ICA) also said that it is not appropriate for the senior political and government leadership to be present at the launch till the air around this is cleared and it is not shrouded under controversies.

Noida-based Ringing Bells has launched India's most affordable smartphone, the Freedom 251 priced at Rs 251, a move that is set to disrupt the booming Indian mobile handset market.

The 3G handset, Freedom 251, features a 4-inch display, 1.3-GHz quad-core processor, and 1GB of RAM, according to details shared by the company.

"For your kind information, the bill of material (BOM) value for a product like this when sourced from the cheapest supply chain cost approximately $40 (Rs 2,700). "And this, when translated into retail price after addition of applicable duties, taxes and with distribution and retail margins would be at least Rs. 4,100 while the product is being sold at Rs. 251," ICA National President Pankaj Mohindroo said in the letter.

He further added that even if the product is sold at lower margins in an e-commerce type subsidised sale, the final consumer price cannot come below $52-55 (about Rs. 3,500-3,800).

"Further, there is no visible mobile operator subsidy involved in this, which in any case is not the way the Indian mobile market operates," he added.

Mohindroo said it would be advisable that officers from Deity get into the depth of this and ICA will provide any technical assistance, if required.

"We are bringing this to your kind notice, so that a scenario does not arise in the future, where the nation, the government of India, industry and trade are seen in a poor light," the letter added.