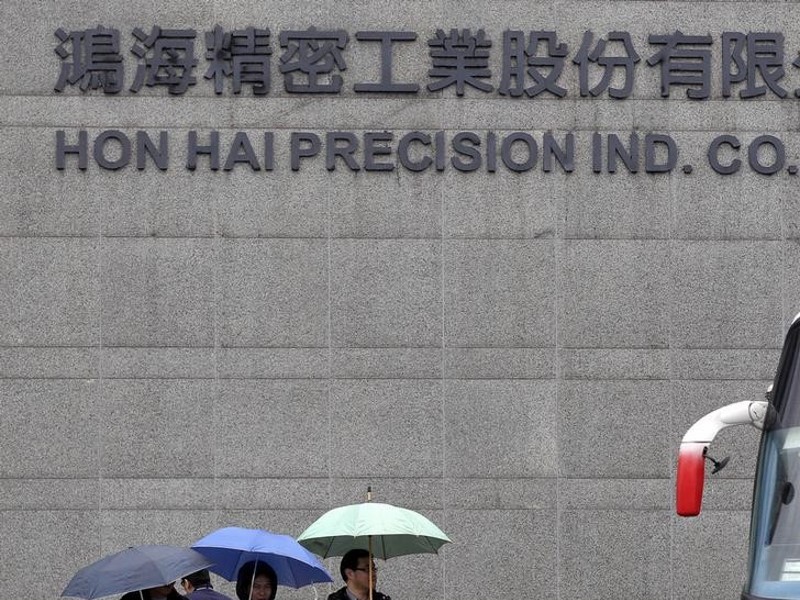 While it enjoyed a 12.51 percent rise in full-year profit to TWD 146.8 billion, the drop in sales in the last three months reflected a slowdown at Apple, which saw the slowest sales growth ever of iPhones in the same period and warned of a decline in the current quarter.

Despite the drop at the end of the year, analysts at Fubon said Hon Hai had enough firepower for the Sharp acquisition, adding that the losses piled up at the Japanese firm "should be manageable".

"We continue to emphasise that this deal will be positive for both Hon Hai and Sharp," Fubon analysts said in a note.

The takeover of Sharp is the first foreign acquisition of a major Japanese electronics firm and comes after weeks of delays.

The investment - which will give Hon Hai a 66 percent controlling stake - was finally sealed Wednesday with the price slashed by one-fifth from a previous offer.