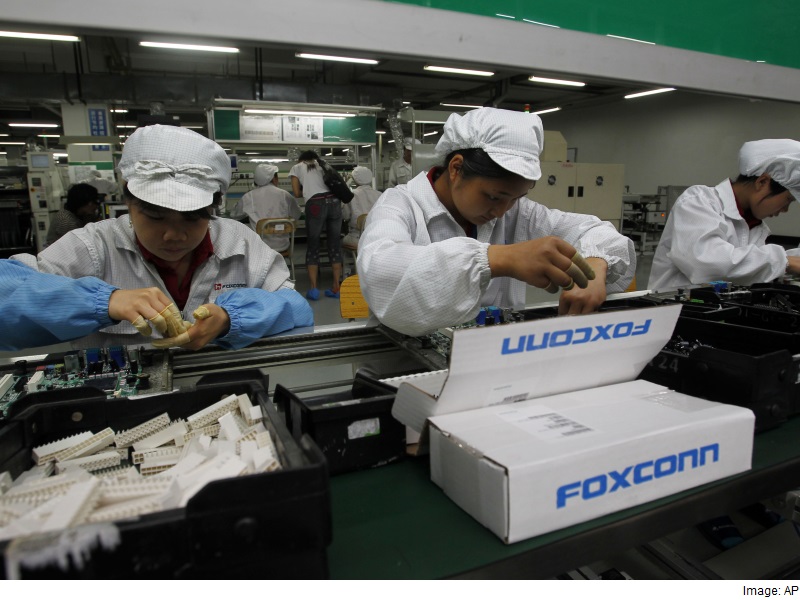 Foxconn, the world's largest electronics assembly manufacturer, on Saturday said India would be the next IT hub for it while expressing a desire to open factories in all states in the spirit of the Make in India initiative.

Make in India is one of Prime Minister Narendra Modi's favourite initiatives.

In an interview to CNBC-TV 18, Terry Gou, chairman of Taiwanese firm Foxconn, said, "We want to expand our base after setting it up in Pune. The Maharashtra government had encouraged us to come to India and invest in the state."

"The plant in Pune will be dedicated to production, innovation and research and development," Gou said.

"We are not only going to make things here but we are looking at bringing the whole ecosystem here," Gou said earlier.

"We are also looking for local partners in the country and have visited plants of Tata Sons, TCS and Shapoorji Pallonji," Gou said, as he reiterated his partnership with Adani.

He also talked about Foxconn's vision to work in areas of solar energy, smart power transmission, data centres and investment in startups as a part of the company's Internet Plus plan.

Maharashtra Chief Minister Devendra Fadnavis also announced on Saturday at an event that his government has signed a memorandum of understanding with Foxconn to set up the biggest manufacturing plant in Pune which would be through an investment of $5 billion (roughly Rs. 31,887 crores), creating 50,000 jobs. The facility would be spread over 1,500 acres.

Fadnavis said he believes that if Foxconn starts manufacturing facilities in India, the pressure of electronic imports will be reduced, giving a boost to the current account deficit of the country.

He also said Maharashtra would be a key partner in setting up a hi-tech arena in the country.