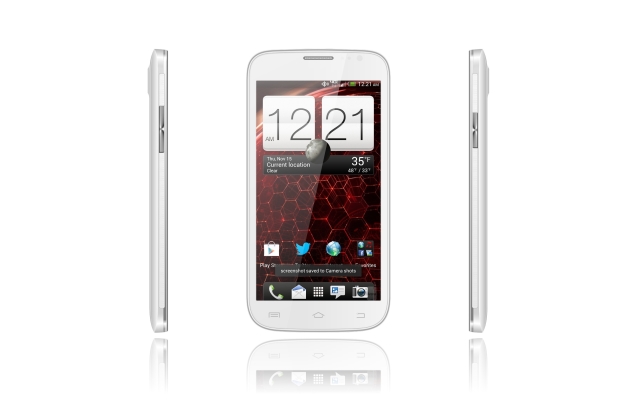 Backing the device is a 1,850mAh battery. Other features include Wi-Fi, GPRS, EDGE, 3G support, proximity & gravity sensors and Bluetooth 3.0. On storage front, the device has 4GB on-board which can be expanded up to 32GB.

According to Rahul Goel, President, Fly Mobiles, "Fly is innovating to give the consumers the best digital experience. With more and more content consumption moving towards mobile devices, Fly is building offerings which will make this experience more pleasurable and comfortable."

Fly Mobiles may not have been in the news for some time but the company has been expanding its smartphone portfolio for the Indian market, gradually. The company is not only expanding its mid-range smartphone segment but it has been unveiling budget handsets as well.

A few days back, Fly Mobiles launched a budget smartphone F351. The Fly F351 comes with 3.5-inch HVGA display with a resolution of 320X480 pixels. The smartphone packs in a 1GHz processor along with 256MB of RAM. The internal storage available on the smartphone is 512MB which can be expanded up to 32GB through microSD card.

The handset comes with a 3.0-megapixel rear camera with flash and a VGA front facing camera. The smartphone includes a 1,200mAh battery, which, as per company's claims, delivers up to 10 hours of talk time and 260 hours of standby time. It runs on the dated Android 2.3.6 Gingerbread operating system.