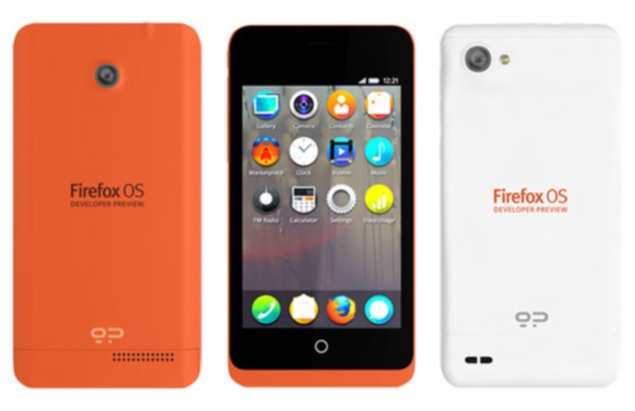 GeeksPhone, the Spanish manufacturer that's making the first Firefox OS phones for developers, has started accepting orders for its two phones, Keon and Peak. The company is shipping the phones, worldwide.

While Keon is available at a price of $119 (approximately Rs. 6,445), the Peak smartphone has been priced at $194 (approximately Rs. 10,500). At the time of writing this post, the phones are no longer in stock. We're not sure if the company plans to replenish stocks in the coming days but this indicates that there's a good developer interest in Mozilla's Firefox Mobile OS as it took only a few hours for the stocks to finish.

The Keon is powered by a Qualcomm Snapdragon 1Ghz processor, has 512MB RAM and features 4GB of internal memory. It features a 4.3-inch qHD IPS screen, an 8-megapixel rear camera and a 2-megapixel front camera.

The Peak is powered by a 1.2GHz Qualcomm Snapdragon processor and sports a 4.3-inch qHD IPS screen. It also features an 8-megapixel rear camera and a 2-megapixel front camera.

The phones were first unveiled in January.

It's worth pointing out that these phones are targeted at developers who are working on apps for the Firefox OS and might not offer full functionality as Firefox OS is still evolving. The consumer devices running Firefox OS are expected to launch by summer in Brazil, Colombia, Hungary, Mexico, Montenegro, Poland, Serbia, Spain and Venezuela. Mozilla plans to reach 11 more markets by the end of the year, and the US in 2014.

Mozilla had first previewed the Firefox Mobile OS in February during the Mobile World Congress. With Firefox OS, the foundation aims to offer entry-level devices and plans to bring mobile web content directly to users with web apps. Phone makers that plan to make Firefox phones include Huawei and ZTE of China, LG of Korea and Sony. All the phones will run on chips supplied by Qualcomm.