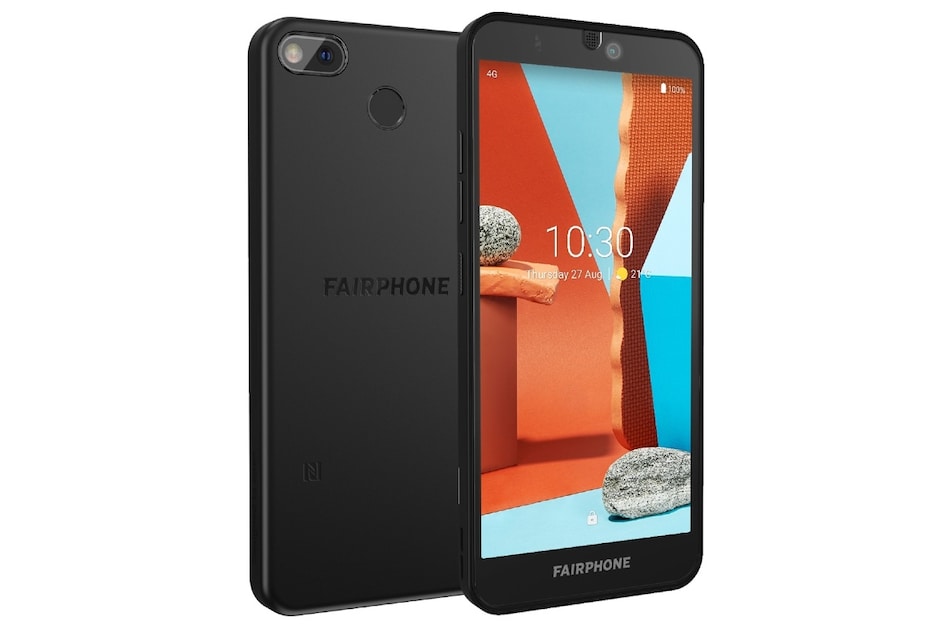 Fairphone 3+ price is set at EUR 469 (roughly Rs. 41,000). The phone is currently available for pre-orders through Fairphone website. Its shipments begin from September 14. The phone is limited to Europe and has a two-year warranty.

Unlike many smartphones available today that heavily rely on specifications, Fairphone 3+ is marketed as the answer to the market's constant cycle of make-use-dispose trend. It is touted to provide longer-lasting electronics, along with upgradability and repairability. This legacy has been carried on since the first-generation Fairphone that was unveiled back in September 2013.

The Fairphone 3+ offers a modular design that provides hassle-free repairs to users, without requiring them to visit a service centre. The smartphone comes bundled with a small screwdriver that can be used to swap most of the internals at home.

In contrast with the Fairphone 3, the Fairphone 3+ doesn't come with a transparent back cover and instead has a black coloured panel. That, however, doesn't mean that you'll get any limitations on the upgradability front.

“Our make-use-dispose attitude has a negative effect on every step of the supply chain, from working conditions in the mines, to wages in factories, not to mention the strain on natural resources,” wrote Fairphone CEO Eva Gouwens in a blog post.

However, the Fairphone 3+ offers an upgraded optics that include a 48-megapixel primary sensor at the back with an f/1.79 lens, and a 16-megapixel selfie sensor at the front with an f/2.0 lens. Fairphone 3 customers have also been provided with the option to upgrade the rear camera by using a newly launched module.

Connectivity options on the Fairphone 3+ include 4G LTE, Wi-Fi 802.11ac, NFC, Bluetooth 5.0, GPS/ A-GPS, USB Type-C, and a 3.5mm headphone jack. There is also a rear-mounted fingerprint sensor. The phone comes with a removable 3,040mAh battery.