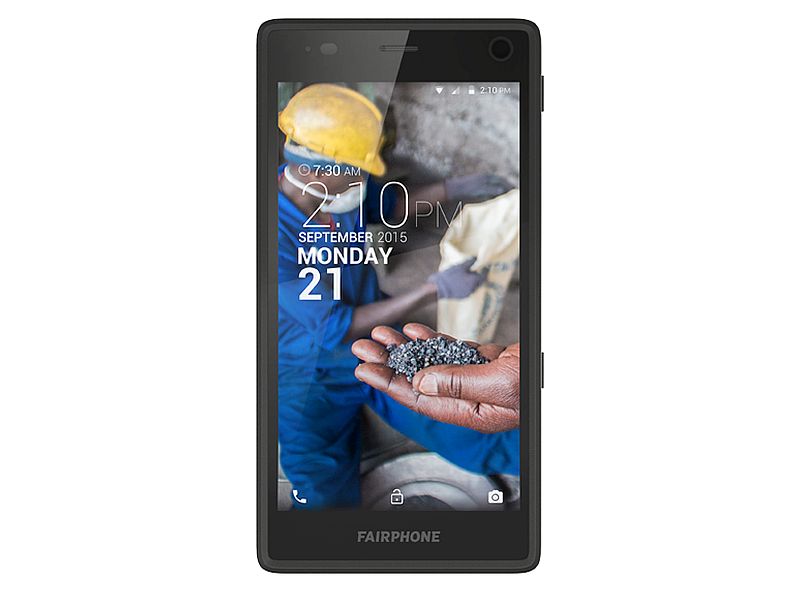 Fairphone, the company behind the first 'ethically sourced smartphone' unveiled back in 2013, is back with its new smartphone dubbed Fairphone 2. The new offering from the company is also said to be the 'first modular smartphone', something Google has been working on for years now with Project Ara. Google however back in August delayed the announced launch of its much-anticipated Project Ara modular smartphones until 2016.

Priced at EUR 529.38 (approximately Rs. 38,000), the Fairphone 2 will begin shipping December. Olivier Hebert, Chief Technology Officer, Fairphone, boasts that the company built its second smartphone as "a robust phone that's designed to last." The company also stressed on the modular construction for "easy dis/assembly" of the Fairphone 2. The company very specifically points out that the handset has been designed for use and service in Europe only.

"We first examined the key drivers that push people to replace their devices on a regular basis and examined the fundamental features of conventional smartphone architectures that trigger those drivers. After compiling a range of improvement features, we selected a subset of items that could be addressed with clever engineering in a reasonable time frame, and explored the tradeoffs that were inherent with those various options," added Hebert while explaining the architecture of the Fairphone 2 in a blog post.

Fairphone also announced that it is collaborating with Jolla to support the operating system for the Fairphone 2 smartphone. Jolla and Fairphone will release a customised version of the Sailfish OS for the handset. Till then, the Fairphone 2 will ship with Android 5.1 Lollipop out-of-the-box.

For specifications, the Fairphone 2 features a 5-inch full-HD (1080x1920 pixels) LCD TFT display with Corning Gorilla Glass. It is powered by quad-core Snapdragon 801 processor clocked at 2.26GHz coupled with 2GB of RAM. It packs 32GB of inbuilt storage. The dual-SIM based handset supports 2G, 3G, and 4G LTE. The smartphone sports an 8-megapixel rear camera and a 2-megapixel front camera. The handset was backed by a 2420mAh battery. It measured 143x73x11mm and weighs 148 grams. It included ambient light, proximity, compass, accelerometer, and gyroscope.