The top tennis players will play virtually as traditional tournaments have gone on hiatus. 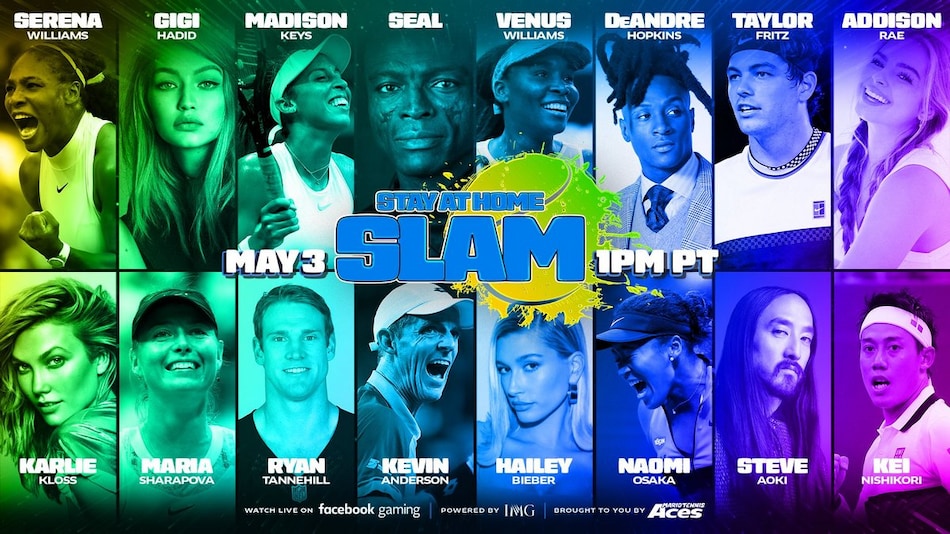 Leading tennis players like Serena Williams, Maria Sharapova, and Kei Nishikori will compete in Mario Tennis Aces game to win $1 million (roughly Rs. 7.5 crores) for charity donation. The virtual all-star tennis tournament will be live-streamed on Facebook Gaming on May 3 at 1 pm PT (May 4, 1:30am IST). The tennis players will be joined by other celebrities and sportspersons for the doubles tournament. It is being held at a time when outdoor sports have become impossible due to the COVID-19 pandemic.

Facebook Gaming made the announcement in a tweet saying, “The biggest names in tennis are grabbing their virtual rackets for the #StayAtHomeSlam, live on Facebook Gaming this Sunday (May 3), in partnership with @IMGTennis. Watch tennis legends like Venus & Serena Williams compete in Mario Tennis Aces for a $1M charity donation!”

The tournament has been dubbed as “Stay at Home Slam” by Facebook. It will see top tennis stars including Serena Williams, Venus Williams, Naomi Osaka, Maria Sharapova, Madison Keys, and others. The list also includes American football players like Ryan Tannehill and DeAndre Hopkins. Moreover, there are some other celebrities as well who are participating.

Traditional sports tournaments have been replaced by e-sports in the past weeks because of the COVID-19 pandemic. ESPN decided to air 12 hours of e-sports coverage on April 5, as there was a void left by the traditional sports leagues, reported The Verge. MotoGP has also announced that its first Virtual GP will take place on May 3, replacing Spanish Grand Prix that was earlier postponed, according to AutoSport.