Eyes on Apple for "iPhone 5" debut 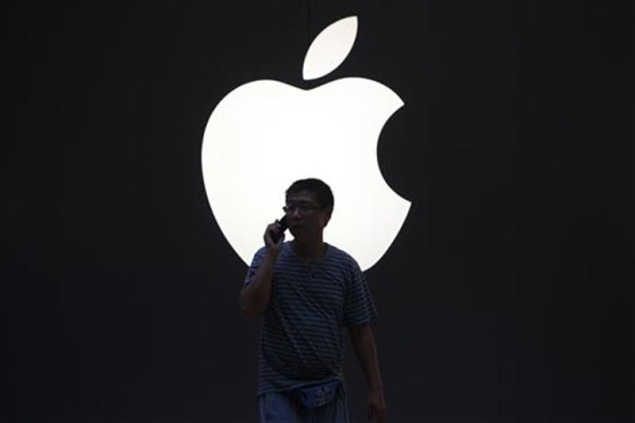 The stage is set for Apple to unveil a new-generation iPhone on Wednesday as the culture-changing company once again lays claim to the heart of the Internet age lifestyle.

The star of the Apple event in the Yerba Buena Theater in San Francisco is expected to be an "iPhone 5" with a big, beautiful touchscreen, connectivity to blazingly fast telecom networks, and improved battery life.

Apple has been tight-lipped about what is in store at its media event, but hinted at a keenly anticipated new iPhone model in invitations that bore the cryptic message "It's almost here."

Leaks and rumors portray the new iPhone as having a larger touchscreen than its predecessor and say that it will be available by the end of the month.

"This is going to be the biggest consumer phone launch ever -- they are going to sell millions and millions of units no matter what they bring out," Gartner Research analyst Van Baker told AFP on Tuesday.

Analysts are convinced that many people have put off purchases to wait for Apple's latest product.

Canaccord Genuity brokerage told investors to expect record iPhone sales after a new model launches, and the Piper Jaffray investment firm predicted that as many as 10 million could be bought during the week after the launch.

"Pent-up demand for the iPhone 5 is such that Apple will sell every one they can make" in the coming weeks, said analyst Rob Enderle of Enderle Group.

Smartphones powered by Google's Android software continued to dominate with 52.2 percent of the US market in the past months, but Apple's iOS was the second most popular smartphone platform with 33.4 percent, comScore reported.

Samsung mobile phones remained the most popular in the United States with 25.6 percent of the market, but third-place Apple gained ground to claim 16.3 percent as of the end of July, according to comScore.

Baker saw Samsung's Galaxy S3 as perhaps the only smartphone on the market that might pose a challenge to a new iPhone.

Among other new entrants are the latest from Google's Motorola Mobility and Nokia, which joined with Microsoft to introduce a Windows-powered smartphone.

"The big players -- Apple, Google, Microsoft, Amazon -- are battling for customers' loyalty to an ecosystem, not to a device or a platform," Golvin said.

"It is about people's time and investment, especially in (digital) content," he continued. "That is really the larger context for this battle, or jihad, into which this iPhone fits."

Apple is also expected to show off improvements to its iPod line, the stars of which are "Touch" models that are essentially iPhones without mobile phone features.

A separate media event is expected in October to unveil a new, smaller version of its wildly popular iPad tablet.

It remained a mystery whether the Cupertino, California-based company would confirm reports that it is in talks to license music for an online radio service.

Some analysts thought Apple might bring in a celebrity to infuse the Wednesday media event with magical energy that has been missing in the absence of company co-founder Steve Jobs, who died last year.

Is this the new iPhone?
Comments