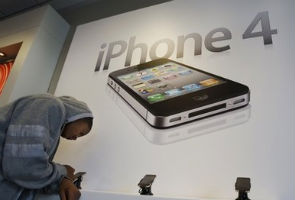 Highlights
Apple should have responded much sooner to concerns about location data stored on its iPhones, even if the company didn't have all the answers ready, marketing and crisis-management experts say.

The company took a week to deny that the phones track the precise location of their owners, as some users and privacy watchdogs had feared.

As soon as it started selling the devices, Apple should have said how it uses, or doesn't use, location data, said Joe Marconi, a DePaul University marketing professor and author of "Crisis Marketing: When Bad Things Happen to Good Companies."

"The whole problem could have been a non-problem if Apple had done some kind of disclosure of this in some kind of a privacy statement," he said. "Apple customers are fiercely loyal in a way we can say few (others) are today. With that comes a responsibility."

In a list of 10 questions and answers published Wednesday, the company explained that a data file publicized last week by security researchers doesn't store iPhone users' physical locations -- just a list of Wi-Fi hotspots and cell towers surrounding them.

Apple said the data help phones figure out their location without having to listen for faint signals from GPS satellites.

The company did acknowledge that the data are stored for up to a year because of a software bug. It promised a fix in the coming weeks to reduce the duration of the storage.

Larry L. Smith, president of the Institute for Crisis Management, a public relations company, said Apple should have said something sooner in some form, even if it didn't have all the details right away.

"To me there is no excuse to stonewall, to put off facing your customers, your partners, your shareholders, your employees," he said. "When there is a problem, or an issue has been raised, it's so counterproductive to put off responding."

Even a response of "I don't know; I will get back to you" is better than none, he said. "You are not always going to have immediate answers."

Apple spokeswoman Natalie Kerris would not comment on why the company waited to respond.

Speaking to The New York Times, CEO Steve Jobs defended the timing of Apple's response, saying that the company wanted to determine exactly what happened rather than rush to its public relations department.

"The first thing we always do when a problem is brought to us is we try to isolate it and find out if it is real," he said. "It took us about a week to do an investigation and write a response, which is fairly quick for something this technically complicated."

Jobs, who went on medical leave in January, said he was personally involved in writing Wednesday's response, as were other top executives, "because we think it is that important."

Despite all the hoopla, Smith said he doesn't expect Apple's latest blunder to hurt the company in the long run.

Apple quickly recovered from "antennagate," a problem with the iPhone 4's antenna design. It caused reception issues when people covered a certain spot with a bare hand.

Jobs apologized last July to people who were not completely satisfied with the iPhone 4, but denied there was an antenna problem that needed fixing. Even so, the company gave out free protective cases. "Antennagate" didn't seem to make a dent in the iPhone's popularity or sour Apple's devoted fan base.

And, Smith said, the "flap over data won't do the harm today that it might have done a few years ago when our attention span was a little longer. Somebody else will do something stupid tomorrow."

Companies that handle public relations crises well are not remembered long -- that's the whole point. But Apple might learn from fast food companies such as Domino's Pizza and Taco Bell.

When video of a Domino's employee appearing to do disgusting things to food appeared on YouTube, Domino's responded by firing that person and the co-worker who recorded him. Later, CEO Patrick Doyle posted a video in response, saying the store had been sanitized "top to bottom" and that the company is re-examining how it hires workers "to make sure that people like this don't make it into our stores."

Taco Bell, meanwhile, spent millions of dollars on ads to counter a lawsuit that questioned whether the filling in its tacos was actually beef. The lawsuit has been dropped.

Smith said Taco Bell realized their taco customers were mostly men who bought it for the taste and price, not for its nutritional value.

Similarly, Apple might find that many users don't mind their location being tracked because this allows them to get directions, find nearby restaurants and use a slew of other apps and features of the iPhone. In Wednesday's statement, Apple said the data file in question helps speed location-based services.
Comments