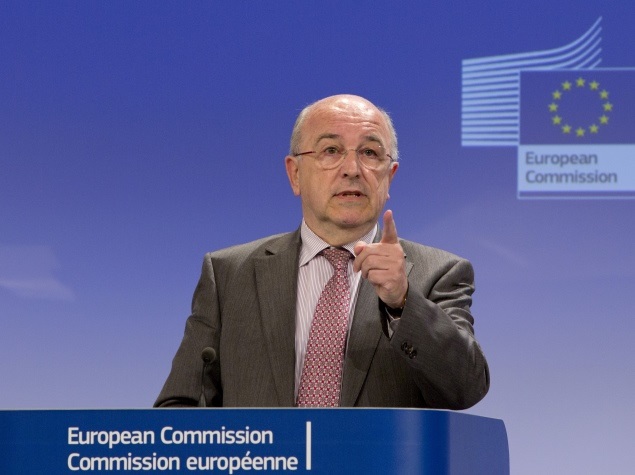 Europe's outgoing antitrust chief will not open formal investigations into Google's mobile operating system Android nor into banks suspected of rigging the foreign exchange market, but will leave the decisions to his successor.

European Competition Commissioner Joaquin Almunia, who will step down at the end of October, had on several occasions suggested he may launch a case against Android following several complaints about possible anti-competitive behaviour by Google.

Asked about the possibility of Android or foreign exchange investigations in the coming two weeks, Almunia told Reuters: "There will be no opening of new cases. No, there is no time. It will be up to the new Commission."

The 66-year-old Spaniard last month bowed to pressure from Google's critics including Microsoft, European publishers and politicians by scrapping a proposed settlement with the company over its Internet search practices.

Almunia, who in recent weeks opened cases against Ireland and Luxembourg over their tax deals with Apple, Amazon and Fiat, and expanded a biofuel probe, said late on Wednesday there were no new investigations in the pipeline.

Denmark's former economy minister Margrethe Vestager, who will take over from Almunia next month, told a European Parliament hearing this month that she hoped the Google Internet search probe would not be prolonged.

Almunia's decision to leave the timing of a foreign exchange investigation to Vestager suggests the European Commission will lag other global regulators in taking action against suspected rigging and collusion in the world's biggest marketplace.