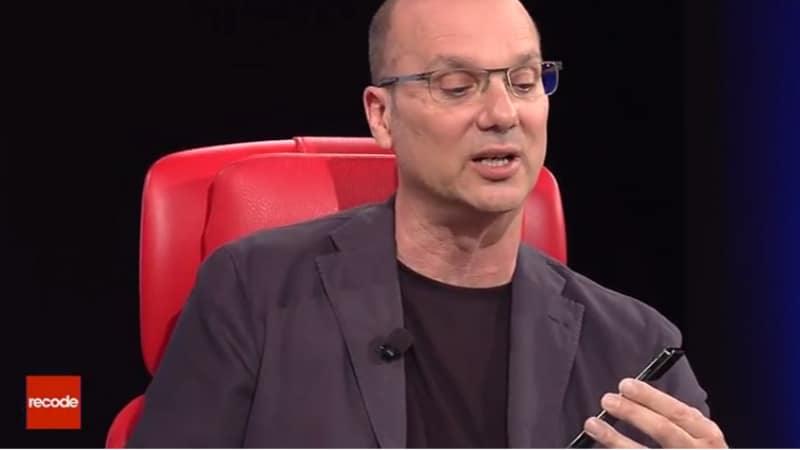 Essential Phone and the Essential Home, two new products by Andy Rubin, are the latest entrants in the the smartphone and smart speaker categories respectively, and the amount of attention the products have got is no surprise. Rubin of course is the co-creator of Android – software that is used by billions of users across the world today – so it's safe to say that very few people have caused as giant a ripple effect as Andy Rubin has. After launching Essential Phone smartphone and the 'Home' mart speaker on Tuesday, Rubin took centre stage at the Code conference to reveal more details about the smartphone's shipments, its AI assistant, the new Ambient OS, and much more.

In his interview with Walt Mossberg at the conference, Rubin revealed that the Essential Phone will start shipping next month i.e., within 30 days. For now, the company is taking pre-orders with the price starting at $699 (roughly Rs. 45,200). He also said that the Essential Phone and Essential Home will have their own AI assistants – something that’s been a trend these days. However, he noted that he was open to integrate third-party assistants like Google Assistant, Cortana, Alexa, and even Siri, provided the companies agree to make them compatible to Ambient OS for its smart speaker Essential Home.

Rubin also confirmed, that just like Android, Ambient OS would also be open source. While this worked in the favour of Android to become a dominant force in running on many smartphones today, it could leave Ambient OS as fragmented as Android, with the fall out being missed ‘vital upgrades’ for many users. However, Rubin countered that rolling out an upgrade to 100 percent customers is impossible. He claimed that even Apple manages to update only 60 to 70 percent of devices. However, Rubin did agree that the upgrade rate on Android was very low, and that his company had a solution for that. However, he did not detail what the solution was.

The Verge also managed to get their hands on a prototype version of the Essential Phone, and posted hands-on images and first impressions. The device runs on plain Android and Google apps, with no bloatware from carriers. The report notes that while the fingerprint scanner is at the back, it is "simpler to reach compared to Samsung’s Galaxy S8, and it’s big enough that it should be an easy target."

Essential 360 Camera Can Be Attached to the Modular Phone

Ports include the USB Type-C port for charging and a microSD card tray slot at the bottom, alongside the speaker grille. The report does note that the front camera lip is a bit jarring to the eyes, but doesn’t come in the way when you use the phone. Rubin also confirmed in his conference interview that the camera won’t come in the way while watching videos either.

If you’re in the US, you can pre-order the Essential Phone right away. Check out Rubin’s entire interview below.