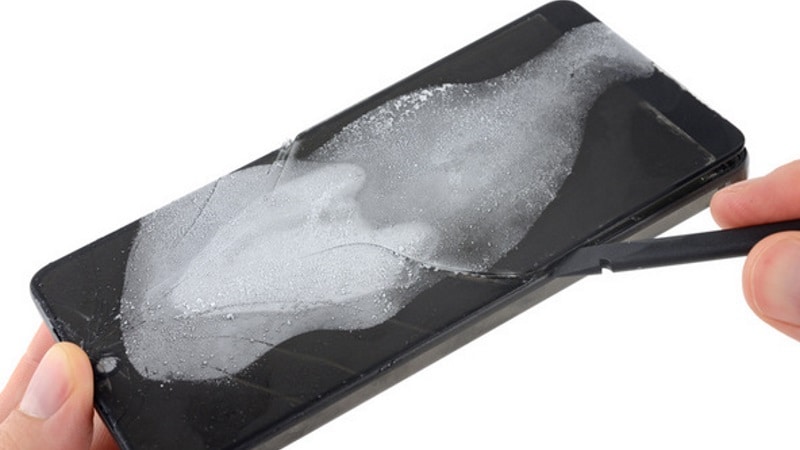 Andy Rubin's Essential smartphone has earned itself plenty of attention from the entire tech world since its launch due to its simplistic design with near bezel-less display. However, the iFixit teardown of the handset has now revealed that the impressive design and build come at the cost of one particular aspect - repairability.

The first thing that the iFixit team learned from the teardown of the Essential smartphone is that the handset comes with an extremely cohesive design, which meant that the team had to use extensive measures to get to the internal hardware. The iFixit team had to cool the handset to an extreme temperature and get to the internals from the side of the display rather than back, which is slightly unusual from the regular routine.

In the process of getting inside, the team ended up cracking up the display, pretty much confirming that even the use of professional tools is not enough to get inside Essential Phone seamlessly. Going through the various steps of the process, it is clear the Essential Phone does not only feature a minimalistic design but also comes with internal components packed together in a compact design.

Interestingly, the front-facing camera and earpiece speaker on the Essential Phone come as a single part. In conclusion, iFixit gave Essential Phone a repairability score of 1 out of 10, indicating a very difficult process for the repair. In its post, iFixit said that the battery is secured with repair-friendly stretch-release adhesive but unfortunately, it is inaccessible anyway. "The USB-C port is soldered to the motherboard, and with no headphone jack it'll be subject to extra wear," iFixit said in its post.