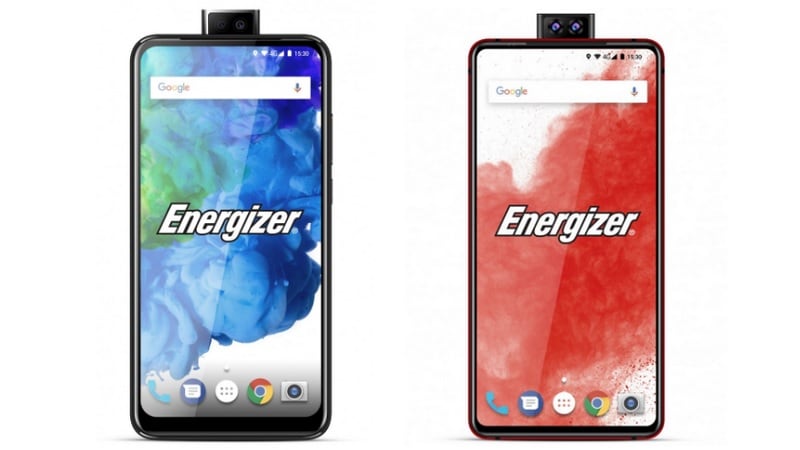 Energizer Mobile is all set to make a big splash at MWC 2019 later this month by launching a total of 26 smartphones and feature phones. Avenir Telecom, the licensing partner of Energizer Mobile, will unveil the new phones under four lineups catering to a different segment of users. The upcoming Energizer Mobile offerings include smartphones with dual pop-up selfie cameras, a foldable smartphone and one with a mammoth 18,000mAh battery. The latter is claimed to be the largest capacity battery available in a commercially available smartphone.

Energizer Mobile has tweeted that the 26 new phones will be showcased at the company's booth between February 25 and February 28 at MWC 2019 in Barcelona. Energizer Mobile has revealed to GSMArena that the upcoming smartphones will come with features such as dual selfie cameras in a pop-up module, ‘professional scanning', foldable design and a huge 18,000mAh battery. The upcoming Energizer-branded phones will fall in four series that includes the ‘Hardcase' lineup for rugged smartphones and feature phones and ‘Energy' series of low-end devices. Additionally, the ‘Power Max' lineup of smartphones feature large batteries, while the new ‘Ultimate' series will comprise of six high-end smartphones with innovative features and attractive design elements.

Energizer Mobile's 18,000mAh battery smartphone will fall under the Power Max lineup that already offers a phone with a huge 16, 000mAh battery in the form of the Power Max P16K Pro. However, the company is yet to reveal any details about the hardware specifications or design of its foldable smartphone that will also be launched later this month. The company has already given a sneak peek of the upcoming premium smartphones in the ‘Ultimate' series that will officially be launched at MWC 2019.