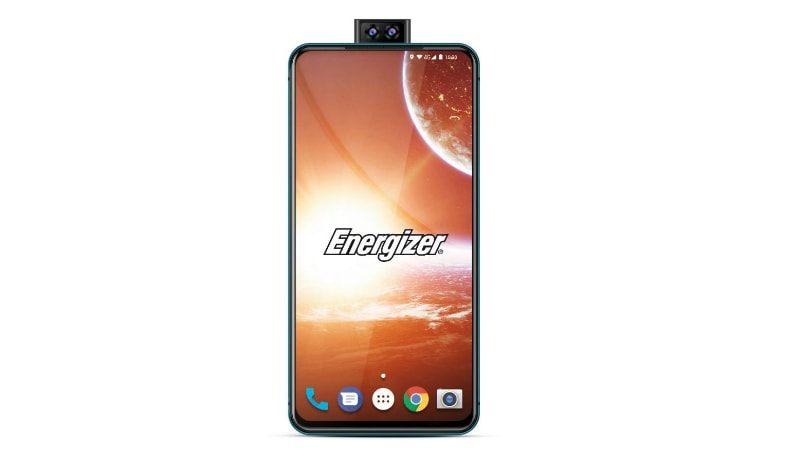 Avenir Telecom, the licensing partner of Energizer Mobile, is set to launch as many as 26 new phones at the Mobile World Congress (MWC) 2019. One of these upcoming smartphones is the Power Max P18K Pop, the company on Thursday revealed. The smartphone will feature a huge 18,000mAh battery, dual-selfie pop-up cameras, triple rear cameras, and will be powered by the MediaTek Helio P70 processor. Avenir will officially unveil the phone at MWC 2019. The company says that it will take orders at the show for delivery sometime in summer this year.

The Energizer Power Max P18K Pop will be introduced at MWC 2019, and the company has announced that the smartphone will sport a 6.2-inch Full HD+ display. It will be powered by the MediaTek Helio P70 SoC and pack 6GB of RAM with 128GB of internal storage.

The most interesting bit about the phone is its whopping 18,000mAh battery. The company claims that this massive battery will enable the phone to make up to 90 hours of calls, listen to 100 hours of music and watch around 2 days of video on a single charge. In the standby mode, the battery is said to last up to 50 days.

WhatsApp May Soon Let Users Decide Who Can Add Them to Groups
Super Smash Bros. Ultimate to Get Persona 5's Joker in April