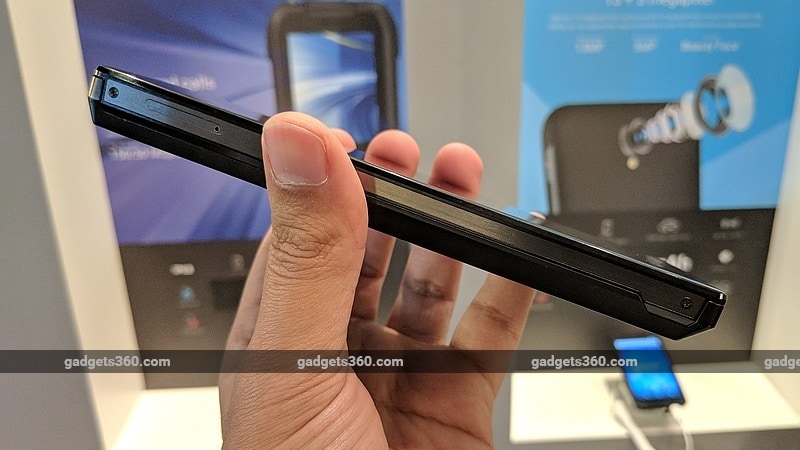 Energizer licensee brand Avenir Telecom announced the launch of three new smartphones at Mobile World Congress (MWC) 2018. These include the Energizer Power Max P16K Pro, Energizer Power Max P490S, and Energizer Hardcase H590S. All three phones sport displays with an 18:9 aspect ratio, and have four cameras each (two on the back and two on the front). The Power Max P16K Pro comes with a humongous 16000mAh battery under the hood. The electronics giant has stated that the company's first smartphone for India will be launched in the near future, and several models can be expected to arrive soon. The phones will be launched in the Power Max and Hardcase brands, with the company saying it doesn't want to compete in the low-end market in the country, believing its brand and features are worth a premium.

The Energizer Power Max P16K Pro runs Android 8.0 Oreo out-of-the-box and sports a 5.99-inch full-HD+ (1080x2160 pixels) 18:9 IPS LCD display. The phone is powered by an octa-core MediaTek Helio P25 SoC, paired with 6GB of RAM and 128GB of inbuilt storage. Talking about its camera specifications, the handset sports a dual rear camera setup with a 16-megapixel and a 13-megapixel sensor combo that has features such as Phase Detection Auto Focus (PDAF) and dual-tone dual-LED flash. On the front is another dual camera setup with 13-megapixel and 5-megapixel sensors.

Connectivity options on the phone include Wi-Fi 802.11 a/b/g/n, Bluetooth 4.2, USB Type-C, and GPS/ A-GPS. Sensors include gyroscope, accelerometer, proximity sensor, and fingerprint sensor. There is a non-removable 16000mAh battery under the hood. Thanks to the battery, the handset weighs in at a hefty 350 grams. There's no information yet on when the smartphone will launch.

The dual-SIM Energizer Power Max P490S runs Android Oreo right out-of-the-box. The phone sports a 4.95-inch FWVGA (480x854 pixels) display with an 18:9 aspect ratio. It is powered by a quad-core MediaTek MT6739 SoC, coupled with 2GB RAM and 16GB onboard storage. Storage is expandable via microSD card (up to 32GB).

In terms of connectivity, the Power Max P490S gets 4G VoLTE, Wi-Fi + Hotspot, GPS, Bluetooth among others. Sensors on the phone include accelerometer, proximity sensor, fingerprint sensor. The Energizer Power Max P490S is said to be available starting Q2 2018.

Energizer Hardcase H590S specifications
The Energizer Hardcase H590S is a dual SIM smartphone that sports a 5.9-inch full-HD+ (1080x2160 pixels) display with an 18:9 aspect ratio and Corning Gorilla Glass 3. The phone is powered by an octa-core MediaTek P23 (MT6763) SoC, paired with 6GB of RAM and 128GB of inbuilt storage, which is expandable via microSD (up to 256GB).

Sensors on the phone include gyroscope, proximity sensor, accelerometer, compass, heart rate monitor, UV sensor, light sensor, and fingerprint sensor. The phone is waterproof and shockproof with IP68 certification. Dimensions of the phone are 164.2x79.4x12.15mm. The Energizer Hardcase H590S is said to be made available from Q2 2018.