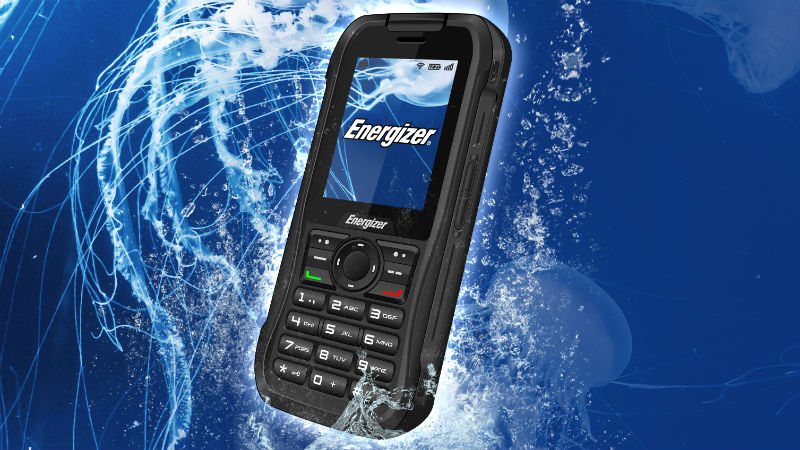 Avenir Telecom, a licensee of the Energizer brand, launched a new feature phone on Tuesday. The Energizer Hardcase H240S is a 4G feature phone.Notably, the phone runs Android, but without access to Google Play - users will have to settle for the pre-installed apps on board. The company has pitched the new feature phone as an ultra-durable mobile. It is IP68 certified, which makes it dust and water resistant handset. Avenir says that phone is designed with reinforced materials, which enables it to withstand drops from a height of up to 1.2 metres, making it shock proof. Also, the phone is also capable of immersion in up to 1.2 metres of water for 30 minutes, the company says.

With a hybrid dual-SIM slot, this feature phone supports two SIM cards or a SIM card and a microSD card. The Energizer Hardcase H240S runs Android 6.0 Marshmallow and has 1GB of RAM. The feature phone sports a 2.4-inch QVGA TFT display with 240x320 pixels resolution and is powered by a quad-core MediaTek MT6737M processor, clocked at 1.1GHz, coupled with Mali T720 GPU. The Hardcase H240S features a Sony 5-megapixel camera at the back. It has an internal memory of 8GB, but the company says it is possible to increase storage memory up to 32GB but for that you will have to use two microSD cards.

In terms of connectivity, the mobile phone supports 4G VOLTE, which is its biggest highlight. The company said in a release, "Equipped with a 4G/LTE throughput of up to 150/50 Mbps, the Energizer HARDCASE H240S is always ready for connection to email, social networks or high-speed internet sites." It also has Wi-Fi 802.11A, Bluetooth 4.0, and Micro USB 2.0. The sensors present in the device are GPS with AGPS and GLONASS and an accelerometer.

Also, this 4G feature phone includes a powerful 2000mAh battery. The company says the battery is rated to deliver up to 9.5 days of standby time and up to 12 hours of talktime. In terms of dimensions, the phone measures 132x56x18.5mm and weighs 256 grams. Avenir Telecom has not revealed the price of the 4G feature phone as of now, or exact availability.