Doogee S61 series is said to have an IP68 and IP69K-rated water-resistant design. 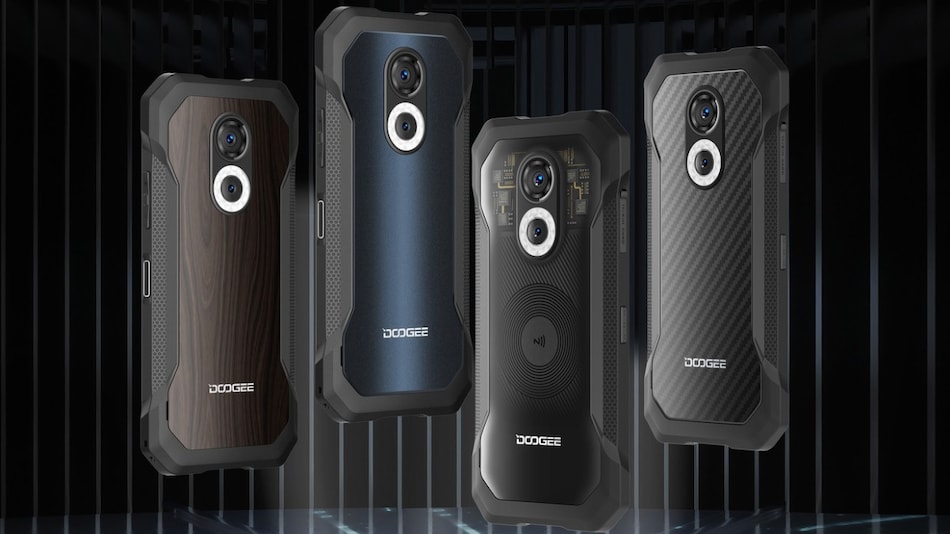 Doogee is purportedly gearing to bring two new rugged smartphones to the market — the Doogee S61 and Doogee S61 Pro. Both of these handsets are said to be designed to offer military-grade durability and great water resistance. Another standout feature of this lineup is supposedly the 20-megapixel night vision camera with up to eight IR and flash LEDs. They are said to feature a 6-inch HD+ display with 500 nits of peak brightness. Furthermore, they could come with replaceable back covers, including a See-Through edition with a transparent rear panel.

Doogee S61 series of rugged smartphones surfaced on the XDA Developers forums. As previously mentioned, the lineup includes the regular Doogee S61 and the Doogee S61 Pro. They have been tipped to launch near the end of July. The handsets are said to sport AG Frosted, Carbon Fiber, or Solid Wood textured panels as well as a See-Through edition.

The difference in the specifications of the Doogee S61 and Doogee S61 Pro is still unclear. They are said to sport a 6-inch display with an HD+ (720x1,440 pixels) resolution and 500 nits of brightness. Under the hood, they could pack a MediaTek Helio G35 SoC paired with up to 6GB of LPDDR4 RAM and up to 128GB of onboard storage. The Doogee S61 series is expected to run on Android 12 and feature a 5,180mAh battery.

In terms of cameras, the Doogee S61 and Doogee S61 Pro could sport a dual-ring camera design, including a 48-megapixel primary sensor and a 20-megapixel night vision camera with up to eight IR and flash LEDs. There could also be a 16-megapixel front-facing camera. These handsets are said to offer MIL-STD-810H military-grade durability. They are also supposed to have an IP68 and IP69K-rated water-resistant design.