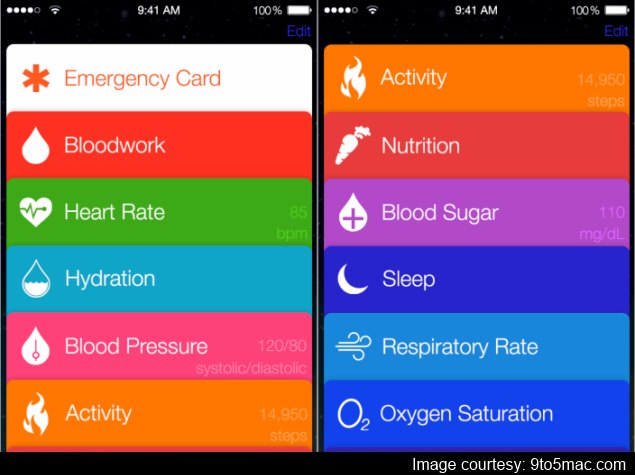 Apple is purportedly readying to ship a new fitness-oriented app called Healthbook with iOS 8. News website 9to5mac has published a detailed report of the app's proposed features, as well as composite images of the interface recreated from actual screenshots.

According to 9to5mac, which has recently reported on several iOS 8-related developments, the app could be a one-stop resource for tracking personal health as well as fitness, nutrition, sleep and exercise. The app is described as visually similar to Passbook, with a stack of colour-coded cards, each representing a different function. 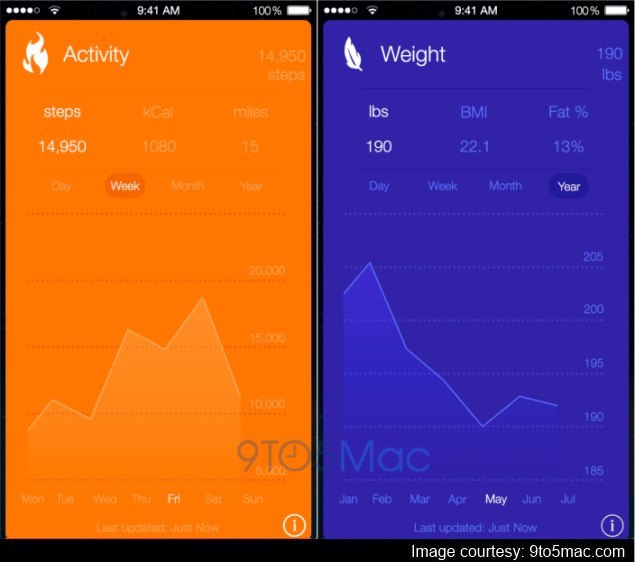 It is unclear how Apple intends to gather data for many of these functions, especially blood sugar and respiratory rate. iPhones can already measure activity and detect motion, but current models lack dedicated sensors for health-related parameters. Users can manually enter nutrition and weight information, but it is unclear whether there is any motivation to do so or any method of automating entry.

9to5mac suggests that Apple's long-rumoured wearable device would tie in to Healthbook and provide data, or that third-party devices will be allowed to tie in. This might be the case for heart rate, blood pressure and sleep monitoring, but would still not cover all bases.

In order to be useful, the Emergency Card would have to be visible even when a phone is locked with a passcode. Presumably, it would contain information about a person's specific conditions, current medication, and other instructions that would help bystanders and medical professionals in case of incapacitation. Reconstructed screenshots show sections for blood type, organ donation, and identification information such as weight and eye colour. 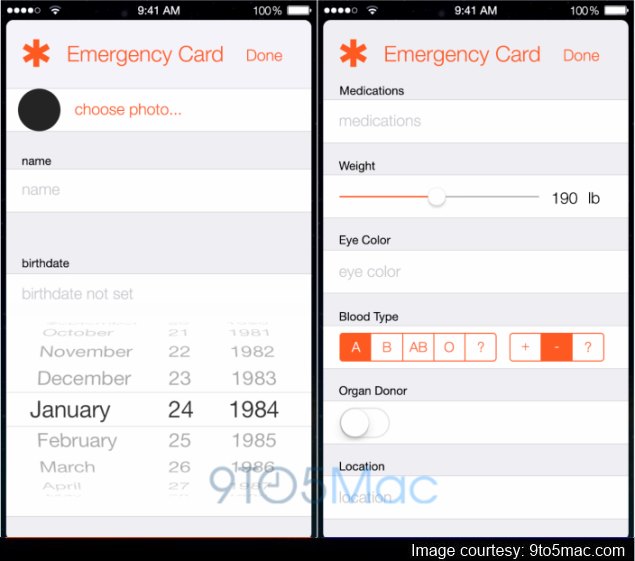 There is no current standard to help anyone identify the owner of a locked smartphone, or his or her next of kin, in case of an emergency. Healthbook's Emergency Card could thus become one of the most useful features of iOS.

It is not known whether Healthbook will indeed launch with iOS 8, and what hardware capabilities it will require. It is possible that Healthbook will run with reduced functionality on older iOS devices. Previously leaked purported iOS 8 apps and features include an overhauled maps app, deeper iCloud integration across OS X and iOS platforms, new Preview and TextEdit apps, and a standalone iTunes Radio app.